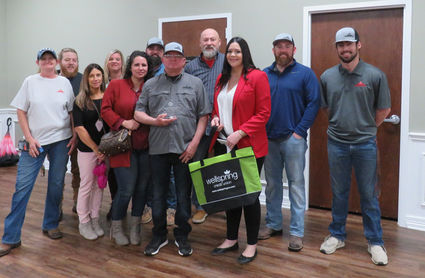 The Bridge City Chamber of Commerce is delighted to announce that Danny Smith of Boren Construction has been named February Employee of the Month. Danny accepted his award from Ambassador Rani Dillow, Loan Originator for Westin Mortgage Group, at the chamber’s February Networking Coffee hosted by Candace Mulhollan, RE/MAX One.

Danny was nominated by Rani Dillow, who said, “Danny was a professional during my home repairs after the flood. He always returned my calls in a timely manner and always answered all my questions.”