TALE OF THE TAPE

Work history: 25 years in law enforcement, 10 in the military

Retiring Orange County Sheriff Keith Merritt says he has no plans to shortchange the voters who elected him to his third four-year term in 2016.

“That’s probably been asked more than anything,” Merritt said when questioned if he planned to serve out his term through the end of 2020 or leave early, after the March 3 Sheriff’s primary election between deputy Rob Strause and constable Jimmy Lane Mooney.

“But I’m planning on staying until the end of my term. Both of the candidates that are running have asked me would I stay on those seven or eight or nine months and help make the transition.

“I’ll do everything I can to help them and help the county.

“But whichever one of them wins, if he feels like he’s ready to take over a few months early, I’m going out anyway.

“We’re just going to cross that bridge when we get to it.”

Merritt refuses to endorse one of the two candidates to take over his office.

“No sir, I’m staying out of it,” he said. “I just thought it would be smart to stay out of it and let the citizens decide who they want. Do their own research.”

Mooney is 55 and the Vidor native has been in law enforcement since 1988, having worked for Vidor Police Department and as an Orange County Sheriff’s deputy before winning the Precinct 4 constable job in 2016.

Strause, 52 and an Orangefield resident, is a former Precinct 2 constable and current Lieutenant in the Sheriff’s Special Services Division. He spent five years in the U.S. Army and five years in law enforcement with the U.S. Coast Guard.

He first joined the Orange County Sheriff’s Office in 1998, interrupting his service there for a four-year term as constable.

Both Strause and Mooney have plenty of experience fighting the spread of illegal narcotics and pledge to make the war on drugs a top priority.

“I’ve been friends with both of them for over 30 years and I said, you know, I’m going to stay out of it and just let the citizens decide.”

Early voting for the March Republican primary began Tuesday, Feb. 18 and continues through Feb. 28. With no Democrat opponent, the March 3 winner will be the next sheriff.

Four-year terms for elected office in Orange County run from January 1 of the year after the election to December 31, the end of the fourth year served.

Of course, the election calendar is set up for both parties to have their primary elections in March, then their winners meet in November. 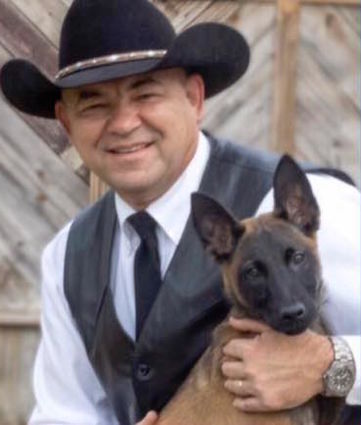 Except that Orange County races have become mostly one-party affairs, where the primary winner faces no November opponent. That makes for a long wait to take, or leave an office.

The county court would have to appoint a replacement for Merritt should he leave before Dec. 31.