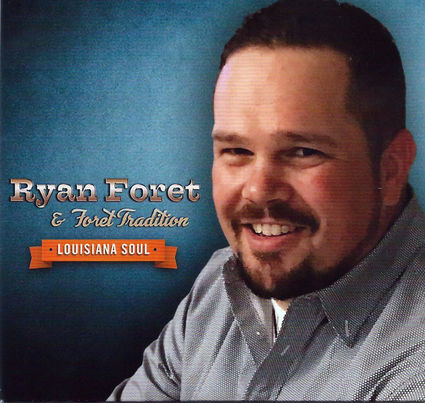 Jimmy Guidry is bringing the Swamp Pop Blowout back March 28 at VFW Post 2775 in Orange. Gregg Martinez and the Delta Kings will be the house band for the event, featuring: Charlene Howard, Parker James, Steve Adams and Ryan Foret.

Guidry loves swamp pop music and hosts the event to keep the music alive. “They are all dying,” said Guidry. “G.G. (Shinn) died a year and a half ago. T.K. (Hulin) I had hired this year, but he had open heart surgery and had knee problems. They are all getting up in age. Jivin’ Gene (Bourgeois), he just turned 80 I think. Warren Storm, I think he’s 83. That music is dying.”

Bourgeois plans on being there, but just as a visitor to enjoy the show. Guidry said Bourgeois is going to Europe in April to perform. Guidry caught Jivin’ Gene in a performance at Evangeline Downs two weeks ago.

Guidry gave us the low down on this year’s performers.

“Gregg was at one time under contract with Don and Ivana Trump for seven years in Atlantic City. They took him all over the world to sing at their casinos,” said Guidry.

“Ryan Foret is from the west bank of New Orleans. He has a band Ryan Foret and Foret Tradition. Those guys are so awesome; they could be booked every night if they want to.” Guidry said they travel all over Southeast Texas and Louisiana. “…and he does cruises.”

“Charlene Howard does a lot of backup singing,” said Guidry. “She did with G.G. Shinn and T.K. Hulin, Gregg Martinez and several other groups in Louisiana. She’s from Lafayette if I’m not mistaken. She sings with a group called Nickel Beer. This girl can sing. She sings Etta James, Aretha…she’s got a great voice.

Parker James is from the Martenville area of Louisiana. “Parker has been singing since he was 14 years old,” said Guidry. “He sings a lot like G.G. Shinn did.”

Steve Adams plays with several different groups in Lafayette. He is a drummer by trade. Guidry said the first time he heard Adams he was talking to Martinez at a benefit. Martinez told Guidry, “Man, wait to you see Steve. He’s something else.”

The doors open at 6:30 p.m. with music starting at 8 p.m. Tickets are $20 and can be purchased at Granger’s RV Monday-Friday 10 a.m. - 2 p.m. now until the event or until they sell out. Two of the previous events have sold out ahead of time, so don’t wait to get your tickets. If you can’t get to Granger’s, contact Guidry at 409-735-2294 to make other arrangements. They can be mailed with payment by money order or cashiers check and a self-addressed return envelope. Call for address.

The event is BYOB and you can bring your own snacks, beer and setups will be sold by the VFW.