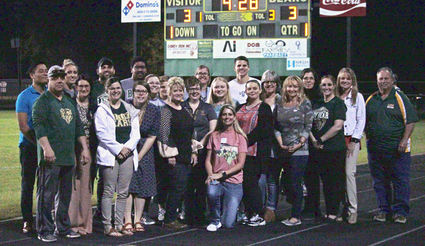 LCM High School has started a new faculty and staff recognition program at sports events. The Tuesday, March 3, soccer games were the first where members of both the boys’ and girls’ varsity teams could nominate one member from the LCM HS faculty and staff to recognize at one of their games.

Tuesday evening the soccer teams recognized their staff. The qualifications for this nomination were an individual that the players felt supported them and contributed to their success outside of soccer.