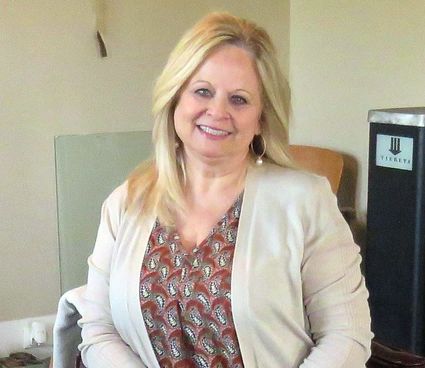 The new face at the Bridge City Chamber of Commerce is settling in.

“This is the first time I’ve had an office to actually go to,” said the Port Arthur native.

“And not only do I have an office, I have a museum.”

Graham, who spent her earlier working life “running the roads” in outside sales, has taken over as Director of the BC Chamber, a job that also includes curating the Bridge City Historical Museum that shares with the Chamber the old Prairie View Teacherage building at 150 W. Roundbunch Road.

Barbara Jane “BJ” Hanneman had held the position for the past six years. But her departure helped bring Graham back into the workforce.

She said that after 15 years of covering 17 Southeast Texas counties working for a company called Scholastic Book Fairs that put on scholastic book fairs for schools and sold schools and parents educational books and tools, “I took a year and a half off from work.

“I wanted to catch my breath,” she said. “I did. Then this [the opportunity with the Chamber] happened. It was like a blessing that fell into my lap.”

Graham worked with principals, librarians, teachers and PTA officials to set up and run the book fairs.

“It was actually some of my customers in Bridge City who told me about this opening,” she said.

Hanneman spent her last week on the job training Graham.

“BJ’s so good at what she does,” the new Chamber director said. “Last week, I started on my own.

“There’s a lot to learn. I was surprised at how many businesses there are in Bridge City, and more businesses are continuing to join the Chamber. I’ve really been running to get up to speed.”

She oversaw several ribbon cuttings last week, held a meeting for Chamber Ambassadors, and attended her first Chamber Board meeting.

“They kept me on my toes,” Graham said. “There’s a lot going on. It’s a great bunch of people and they’ve been very helpful and encouraging.”

Changes brought on by the COVID-19 pandemic and advice against large gatherings have kept Graham busy, too.

“All the meetings and ribbon cuttings I scheduled my first week here, I’m having to postpone,” she said.

Among the events that have been canceled is the April 20 Taste of the Bayou.

Monday, she was hopeful that a new July Fourth weekend celebration, “Founders Festival” will go on.

“It’s a brand new deal,” she said, “the 50th anniversary of the city being incorporated. It will be a good down-home festival.”