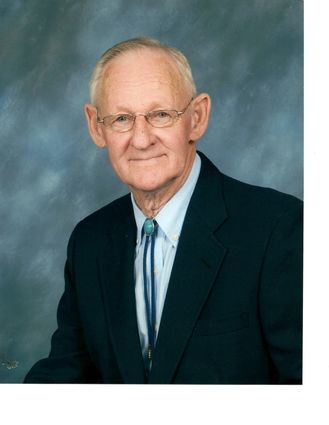 Born in Mauriceville, Texas, on May 12, 1933, he was the son of Edmond Harry Frederick Sr., and Lena Pauline Peveto Frederick.

A lifelong resident of Mauriceville, Pete lived on the property homesteaded by his ancestors. He met and married the love of his life, Betty Jean Thornton Frederick and from then on, his lifelong mission became being the best husband and father he could be. Together, Pete and Betty were the best parents to their children and put their family unit above all else. As a family they enjoyed eating dinner together every night, praying together, and spending time at the lake. He served in the U.S. Army, worked in the oil field and later served as maintenance director for the LC-M school district.

A Godly man, Pete served his Lord and Savior Jesus Christ as a lifelong member and a deacon at Mauriceville FBC. He modeled so clearly what it means to love and care for your family and provide for them. He was loyal to friends, faithful to God and available to those in need of help.

Pete was widely known for his love of restoring vintage cars, drag racing, and was the patriarch of Passion Racing Team. He enjoyed motorcycle riding, and his lifelong affinity for driving convertibles. If it went fast – he was all in. He had the ability to repair practically anything.

In lieu of flowers, memorial contributions may be made to the Mauriceville FBC Building Fund, or St. Jude’s Children’s Research Hospital at www.stjude.org.