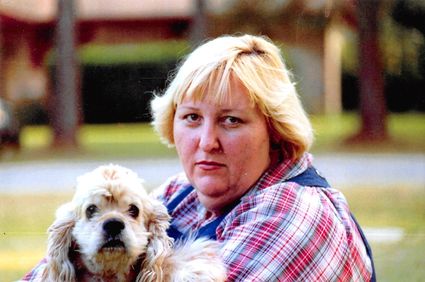 She was born on February 2, 1946 in Pilot Point, Texas and was the only child of James and Inez Roundtree of Orange, Texas.

She graduated from Lutcher Stark High School in 1964.

She was a member of First Church of the Nazarene in Orange.

She will be remembered as a stellar wife, mother, and grandmother.

She was an avid home maker, a great cook and had many other talents such as sewing and crafting.

She made many of her own dresses and her children's clothes and taught her youngest granddaughter Jordan the art of sewing.

She was active in her children's lives, serving as a Cub Scout Den mother for many years and could be found most days during the summer at the local baseball fields attending games.

In the early 1980s she returned to school and received her LVN license, and then went on to complete her RN degree.

She worked at the hospital for a few years, but then opened Northway Books and News with her husband.

She never knew a stranger and some even said she was immunized with a phonograph needle.

This was apparent when many local ladies would stop by the bookstore just to chat as well as trade used romance novels.

After selling the bookstore in 1989, she went to work for UTMB in Beaumont and Orange.

After a few years at UTMB she left and took a job where she would make her greatest impact.

She went to work at Lamar State College Orange as a nursing instructor.

Many who passed through the nursing program commented on the impact she made on their education and the humor she brought to her lectures.

Due to the large amount of antique nursing items she had collected on several occasions, her office was mistaken for some kind of gift shop.

She was a big part of the local Lamar community.

She helped with many community projects that Lamar was involved in including Orange Mardi Gras, Orange Gumbo Cookoff and Community Children's Halloween party hosted at Lamar.

She continued at Lamar until her retirement in 2008 only to return a few years later to work part-time for several more years.

It is difficult to find someone in the nursing community who didn't have her as an instructor.

She was preceded in death by her parents, James and Inez Roundtree.

Those left to cherish her memory include her husband of 52 years, Dan Switzer of Orange, her sons, Brooks Switzer and wife Iva of Mauriceville, Chris Switzer and partner Maria Ciepiel of The Woodlands; her three grandchildren, Shelby Switzer, Keaton Switzer and Jordan Switzer, and numerous nieces, nephews, and cousins.

Last but not least, her many good friends from the LSCO nursing program.

All of whom she loved dearly