Thanks to Zoom, OC justice prevails 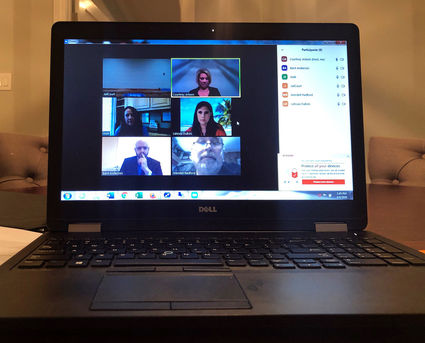 Photo: Orange County courts have held all non-jury hearings via apps like Zoom since the coronavirus outbreak began in The U.S. This screenshot from the 138th District Judge Courtney Arkeen, upper right, and clockwise court coordinator, prosecutor, defense attorney and court reporter. The upper left is awaiting a defendant, who appears remotely from the jail courtroom.

Jury trials have been postponed at least until June 1 in Orange Country.

But that doesn't mean justice isn't getting done.

Since April, the employees of her court and the rest of the county courts are maintaining office hours but mostly working, virtually, from home.

It's the same remote participation for defense attorneys or plaintiffs," she said. "If this involves a person at the jail, there is a [streaming] station in the jail, and the bailiff walks over there.

"It could also involve someone from the probation department."

The legal community has adapted well.

"All of the attorneys and judges have been so cooperative," Arkeen said. "They're willing to learn so they can keep the courts running.

"If there's anything people in Southeast Texas can do, it's adapt to crisis situations."

The judge says she can see how streaming hearings could be popular even after times revert to normal. 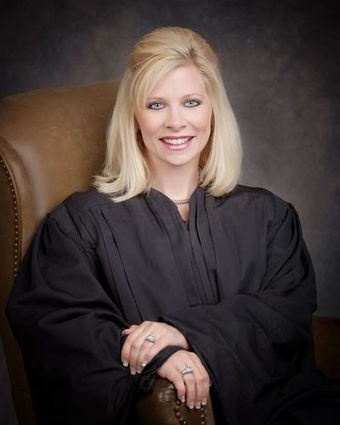 "I can see some of this could change the way we do things in the future," she said. "This would work with emergency hearings, things that are time-sensitive, like a deadline for releasing someone, a liberty issue, a CPS [Child Protective Services] removal hearing, a juvenile detention hearing, a family violence hearing.

"And if an attorney needs to go over paperwork, we could do a Zoom with just the lawyer and defendant."

Arkeen says the current situation reminds her of the flooding by Tropical Storms Harvey and Imelda and other recent major rain events.

"We were out for three weeks during one flood and we couldn't do anything," she recalled.

"In this situation, we just moved everything home – files and everything --and kept going."