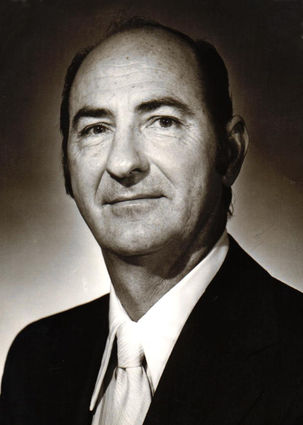 Donald Jeansonne, 96, of Bridge City, Texas, passed away on May 10, 2020 at his home surrounded by family. Private family services will be under the direction of Claybar Funeral Home in Orange. Don was born in Plaucheville, Louisiana on February 28, 1924. He was the son of Adras and Carrie Jeansonne. He served in the Marine Corps in San Francisco, California and was a World War II veteran. Don married Helen Jackson on March 22, 1946. They were married for 68 years and raised four daughters. They enjoyed dancing together. He also enjoyed fishing and was an avid gardener. He is survived by daughters, Beckie Hannegan and husband Vince, Deborah Duncan and husband Robert, Gaye Jehn and husband Bruce, and Donna Peery and husband Gary, all of Orange; six grandchildren, Julie Waldo and husband Gerry, Grant Hannegan, Kevin Price and wife Angela, Tara Mouton, Courtney Polk and fiancé Jeremy Williams, and Cydney Hill; along with 11 great-grandchildren. Don was preceded in death by his parents, wife, two sisters, and two brothers. Don worked for 36 years at DuPont in Orange as a process operator in the Methanol and Promoter areas. He retired in 1982. The family would like to extend a special thanks to his caregivers, Barbara Bates, Jennifer Merrell, Maura Terrell, and Rachel and Karista with Hospice Plus.