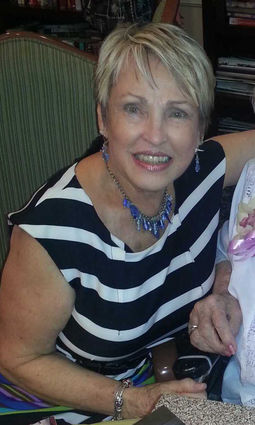 Helen was born on February 7, 1940 in Beeville, Texas to Edwin and Velma Staples Kossa, and passed away at home in Manvel, Texas with her family on May 9, 2020.

She graduated from Liberty High School in 1957, married Donald Droll in 1958 and moved to Orange in 1961, where she raised her four children. Helen went on to earn her Associate and Bachelor degrees from Lamar University. She was a certified Leisure Professional, a Texas Parks and Recreations Society Professional and was listed in Who's Who in Government Service and Who's Who in the South and Southwest. She was the Lower Sabine Neches Soil & Water Conservation District State Business Woman of the Year in 1988. Helen served as the Orange County Parks Administrator from 1981 until her retirement and she truly loved her job at Claiborne West Park.  Helen was also a life time member of the V.F.W.

Helen's favorite things were God, her family and community service. She was very active in all the activities of her children and grandchildren, including scouting, campfire, 4-H, PTA and various school activities. She served as a Eucharistic Minister at St. Mary's Catholic Church, where she was also a member of the Catholic Daughters of America, the Altar Society, the Choir of Angels and worked in the soup kitchen.

In 2001, she married Floyd Broussard, Sr. Helen was very active in her retirement, leading the Senior Exercise Program at Lamar College for many years and founding the Red Hot Flashers chapter of the Red Hats. Helen loved spending time with her family, particularly her granddaughter Sabrina whom she considered an angel from heaven. She also enjoyed dancing, Elvis, crafting, going on cruises with Floyd and friends. Her fondest childhood memory was playing dress-up with her sister.

The family invites you to join them in celebrating her life on Wednesday, May 13, 2020 at Claybar Funeral Home in Orange, beginning with visitation at 1 p.m., a recitation of the rosary at 2 p.m., followed by a processional to St. Mary Catholic Cemetery for a graveside service and burial. Helen's grandchildren will serve as honorary pallbearers. For those unable to attend, the service may be viewed on Claybar Funeral Home's Facebook page.

The family would like to thank Dr. Pingali of Methodist Hospital, special friend Cathy Carpenter, and Wayland, Melanie and Rachel of A-med Hospice for their loving care of our mother during her illness.

In lieu of flowers, memorials may be made in Helen's name to the St. Mary's Soup Kitchen, 912 West Cherry Avenue, Orange, Texas 77630, or to a charity of your choice.