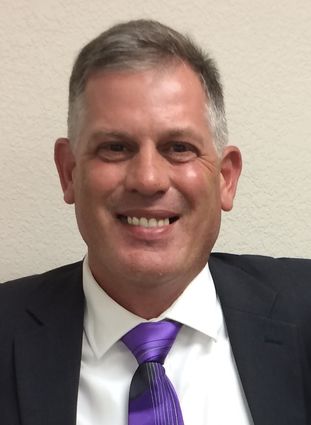 Robbie Hood, city administrator and top employee for the City of Pinehurst since 2015, has resigned that job to become city manager for Vidor.

Hood’s final day at Pinehurst is June 15 and his first at Vidor is the following morning.

“Robbie’s done a great job for the city,” Mayor Dan Mohon said. “We hate to see him go, but we understand he’s going to a larger city, and he goes with our blessing.”

Hood returned the love in his resignation letter to Mohon and Pinehurst City Council, which he turned in Monday.

“You are a great mayor and council and the citizens of Pinehurst should be very proud of their governing body,” Hood said. “The employees are without a doubt some of the best employees I have ever had the honor to work with.

“I was truly blessed to be a part of the Pinehurst family.”

Hood, 50, is a native of Bon Wier who was educated at Newton schools and played football for legendary coach Curtis Barbay.

He served in the Army and worked in city government at Liberty and Stephenville before coming to Orange County.

Pinehurst, with only 2,100 people, is a Type A General Law city by Texas law while cities with populations over 5,000 operate as Home Rule cities.

In Home Rule cities, the city administrator is the equivalent of a city manager job in a larger city.

In Vidor, Hood takes over for interim city manager Rollie Burr, who came on board after Mike Kunst left the Vidor city manager’s job last August to move to become Orange’s city manager.

“He’s done a great job for Vidor,” Hood said of Burr. “But he’s a preacher and he’s been called back to do what he was called to do.

“I prayed about it when the job opened back up.

“Fortunately, I’m able to leave Pinehurst in a good situation.”

Pinehurst recently received a $6.8 million grant from the General Land Office to make needed infrastructure repairs and improvements after Tropical Storm Harvey in 2017.

During Hood’s tenure at Pinehurst, the city established through the state of Texas a Reinvestment Zone on the north side of MacArthur Drive and west of Strickland Drive.

That allows the city to offer abatements to new businesses, such as the Burger King on MacArthur, and a still-to-be-built H-E-B Grocery.

“Pinehurst is in the process of attracting businesses and H-E-B is the big one,” Hood said. “That hasn’t happened yet, but they haven’t told us no.” 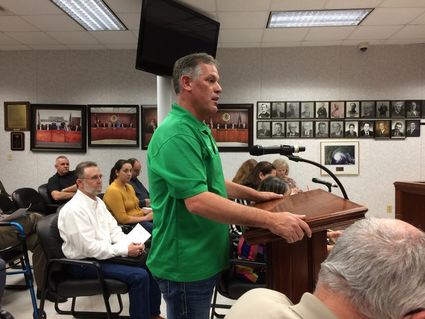 The city and the grocery chain signed an abatement agreement before Tropical Storm Harvey unleashed the biggest rainfall and flooding event in U.S. history on Southeast Texas in August 2017.

The grocer lowered its priority on the Pinehurst store while it rebuilt its properties after Harvey.

The city is also getting busy tearing down dilapidated structures. Team building and morale-boosting was another Hood accomplishment.

“I think we personally put Pinehurst on the map and developed relationships throughout the county, a feeling that we’re all in this together,” he said.

“And the Pinehurst citizens couldn’t ask for better employees. We worked endless hours after Harvey. The men and women here did an outstanding job getting Pinehurst back on its feet.”