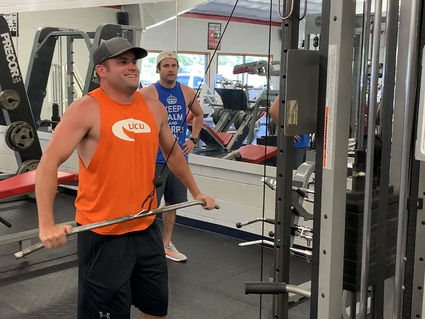 Are folks happy to get back into a gym?

“We had a guy come in last night and kiss the floor,” Mark Bland, owner of Bodyworkz Gyms in Orange and Bridge City, said Tuesday afternoon.

“For a lot of people, going to the gym is part of their life.”

Reopening gyms and exercise studios is one of several landmarks for this week as Texas Gov. Greg Abbott goes about reopening the state’s businesses after issuing a Stay-At-Home order in late-March in response to the COVID-19 pandemic.

After restaurants, malls and retail stores were allowed to reopen with 25 percent capacity May 1, Abbott allowed barber shops and hair, nail and tanning salons to reopen, with restrictions May 8.

While no one disagrees that the worldwide economy needs a miracle cure, it’s notable that Texas is not meeting the benchmarks for reopening set by the White House and even Abbott himself.

More positive results were to be expected as testing ramped up, but in Orange County, numbers have stayed low – in part because testing is low.

Since May 1, the county has seen 17 new confirmed cases (90 total) with one death of the two that have been reported since the pandemic reached the county.

Similarly, the city of Orange has seen only 3 new cases confirmed since May 1, with its only death.

But Orange County has, according to its figures, tested just 323 people over that period and only 73 from the city of Orange have been tested this month.

“I wrote a lot of letters and texts to the governor to do something about reopening hair salons and gyms,” he said.

“It [the delay in reopening] didn’t make any sense. Haircutters and gyms have been some of the hardest-hit businesses. They didn’t get a lot of recovery money.

“Probably the governor heard from people all across the state who were writing letters like I was.”

The uncertainty and remaining lack of knowledge about the COVID-19 new coronavirus has caused what seems like a new set of rules to operate by being issued endlessly.

Here’s a couple of changes:

Also, the 16th Annual Tribute to Orange County Veterans put on at the memorial at Orange’s Church of the Nazarene will be held online only Saturday at 6:30 p.m. on Facebook (Veterans Memorial Orange Texas) and YouTube.com (Orange Naz Church).

Bland estimated that 200 Bodyworkz members came out Monday to either the Orange or Bridge City locations.

Bland said he didn’t lay off any employees during the time the gyms were shuttered.

“We’ve been working up here for eight weeks,” he said. “We painted, reupholstered and disinfected.” 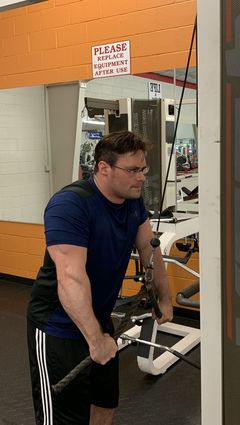 He pointed proudly to an easel just inside the front door featuring new gym rules.

Maintain 6 feet of distance from others.

Use a personal towel.

Stay home if you are sick!

“We didn’t know what to expect,” he said. “Everybody was so anxious to come back. It’s good to get back to semi-normalcy.”