With virus, hike in values worrisome 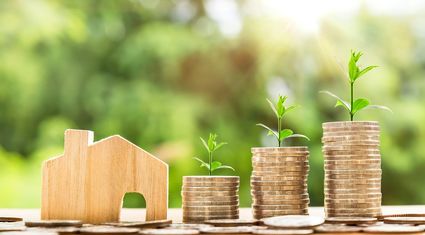 As if the citizens of Orange County need any more bad news, preliminary property values have risen about 2 percent since 2019.

Property owners should have received those values already and they have until the end of May to file a notice of appeal.

The valuations are based on what was being paid on homes or land in your neighborhood as of Jan. 1, 2020, explained Orange County Chief Appraiser Scott Overton.

That was several months before the outbreak of the coronavirus;

Before record-high millions of Americans were furloughed, laid off, or had their businesses go belly-up after going without income for two months.

“I’ve requested Gov. Abbott use his disaster powers to freeze property assessments at the 2019 values so local families don’t get hit with an additional economic burden during this COVID-19 crisis,” the paper reported Henry said.

“The 2020 assessments are based on values prior to this pandemic and the economic consequences that came with it. The right thing to do at this time would be to freeze values and reassess for next year when the economic impacts can be taken into account.”

State Rep. Mayes Middleton from Wallisville in Chambers County has requested that Texas Attorney General Ken Paxton freeze property values at the 2019 amounts because of the potential lack of due process to contest appeals.

Because of the pandemic, Texas taxpayers this year cannot contest their appraisals in person.

Other ways to informally appeal are though the Online Protest Portal at the top of the OCAD home page orangecad.net , by mail at Orange County Appraisal District 457, Orange, TX 77630; or by putting it in the Drop Box located to the right of the front door at the Appraisal District Office, 9157 I-10 East.

OCAD says if an agreement is not reached informally, a hearing will be scheduled before the Appraisal Review Board in June and July.

Overton pointed out that the Appraisal District is lowering 2020 values for homeowners who can show that their homes have damage from Tropical Storm Imelda that has not yet been repaired.

Orange County Judge John Gothia said while government officials feel the taxpayers’ pain and will do all they can to keep tax rates low for their 2021 budgets, government incomes are expected to take a hit as well from COVID.

“We have a potential for a revenue loss, especially if sales taxes slide,” he said. “We hope to stay flat [on the tax rate] at 0.54, but we don’t want to cut a bunch of services.”

The local government budgets for 2021 were supposed to include new revenue caps, meaning government entities would trigger rollback elections at a lower rise in rates than in the past.

Last year, counties were allowed to raise tax rates up to 8 percent over the effective tax rate without a voting say by the citizens.

The number was supposed to go down to 3 percent beginning this year, but the law marking the change also included a waiver for a county if it had a declared disaster.

“We’ll apply for the waiver, and if we qualify, we’ll get it,” Gothia said. “That doesn’t mean we’ll use it [the waiver for a higher tax rate]. Only if it’s that or cut a bunch of services.”

On the subject of sales tax, the county took in an abnormally high $504,251 in sales tax receipts from the state for March, but Gothia and others warned that these were from before the coronavirus lockdown.

“Between Home Depot and hoarders, you can only fill so many closets with toilet paper,” Commissioner Johnny Trahan said on May 12.

“Right now, our sales tax numbers are pretty steady, but we haven’t seen our COVID months yet,” Gothia warned.