All eyes on Gulf for Hurricane Season 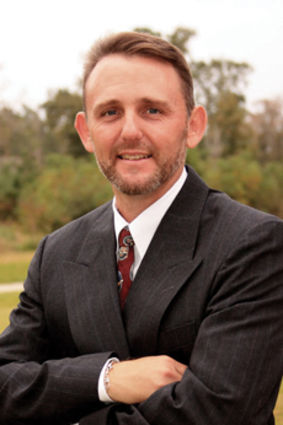 Joel Ardoin was promoted to the position of Orange County Emergency Management Coordinator in 2018.

Cutline: Joel Ardoin was promoted to the position of Orange County Emergency Management Coordinator in 2018.

If anybody in Orange County can be forgiven for constantly watching the weather radar, it has to be Joel Ardoin, Emergency Management Coordinator.

But as Tropical Storm Cristobal bounced around the Bay of Campeche in the southern end of the Gulf of Mexico Tuesday afternoon, Ardoin didn't seem rattled.

If and where it makes landfall in the United States is a big guess.

Orange County folks, hit by two powerful hurricanes in the last 15 years – Rita in 2005, Ike in 2008 – and by record-breaking "rain events" in Tropical Storms Harvey (2017) and Imelda (2019), are extremely aware that the official Hurricane Season begins June 1 each year.

Ardoin said he had placed orders for sand and sand bags with the state's Department of Emergency Management, but the county had some sand on hand Tuesday afternoon at the Precinct 1, 3 and 4 barns and the Precinct 2 commissioner's office in Mauriceville.

He reminded citizens to, "be prepared and continue to monitor local media stations."

In addition to notifying local news outlets of any important developments affecting Orange County, he reminded that any such announcements would be posted on the county's Office of Emergency Management's Facebook page as well as the county's website, co.orange.tx.us .

Bush reminded listeners of the work the GLO is doing to help communities prepare for future storms, recover from previous disaster events and mitigate against future damage.

Dr. Gerry Bell, forecaster with the National Oceanic and Atmospheric Administration Climate Prediction Center, talked with the officials about what to expect in 2020.

"Experts anticipate an above-average season with 13-19 named storms, including 6-10 hurricanes, 3-6 of which are expected to be major," Bush summed it up.

"Texas has experienced more than its fair share of natural disasters," he said. There have been 17 Presidential Disaster Declarations issued for Texas in the past 10 years."

County Judge John Gothia and Precinct 1 Commissioner Johnny Trahan are the longest tenured members of the Commissioners' Court, having begun service in 2015.

"Commissioner Trahan and I talk about it all the time. Since we've gotten into it [county office], it's been a learning experience, put it like that," Gothia said.

"We have experienced the storms, the little bit we worked with Jefferson County on TPC [last November's Port Neches plant explosion], and now with Covid [coronavirus], I don't want to know what else I need to learn, I really don't."

Asked about Cristobal's danger, Gothia was brutally honest during a radio interview.

"We're going to pray. A lot," he said. "I hate to put it on somebody else, but there's definitely a lot of areas where that thing can go where there's not nearly as much damage on personal property and people's lives within our immediate area.

"Our hope now and our prayer now," Gothia said, "is it will just go somewhere else."

Hurricane Season in Texas is six months long, running through the end of November.

While Cristobal may not turn out to be a major hurricane worthy of an evacuation order, citizens should always be prepared.

Maintain adequate renter or flood insurance, even if you do not live in a flood plain.

Have a plan that everyone in the family knows, and have a "go bag" ready to go with supplies needed if you find yourself on your own for a period of time.

"Make sure you have plans in place for your household," Ardoin said.

There was some hopeful news to come out of Monday's webinar, the Orange County EMC said.