Who will eat at the table of the King of kings in heaven? 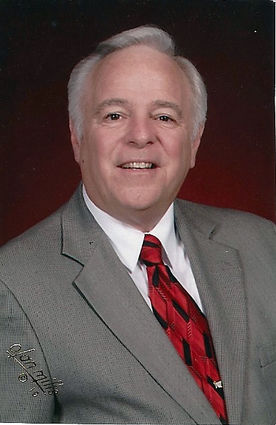 Our text is II Samuel 9:13 " So Mephibosheth dwelt in Jerusalem: for he did eat continually at the king's table; and was lame on both his feet."

Mephibosheth was the son of Jonathan. He was King Saul's son. King Saul was David's enemy because he knew that God had set David up to replace him as king. Saul had attempted to kill David many times. At one point he chased David all over the countryside of trying to kill him and his men. So, when Saul died it was expected that someone next in his family, especially a son or grandson, would take his place. Not David. Now, Jonathan, Saul's son, was David's best friend, but he had been killed in battle, leaving his son Mephibosheth. Mephibosheth was then in line for the throne from Saul, but God had ordained David to take that place. It would have been the normal of that day to have Mephibosheth killed and remove any threat to David and his family, but instead David decided to demonstrate mercy and forgiveness and have him found and brought to him. He sent someone to find him. Mephibosheth was not a healthy person. He had been injured as a child and was terribly crippled, unable to walk and was being hidden and cared for. But the one sent to find him declared David's mercy and forgiveness and desire to bring him to his table to care for him the rest of his life. So, this very crippled and desolate man, instead of having to hide the rest of his life with a death threat hanging over him and remain a societal reject with minimal to poor care, is now being brought to the King's table to live out his life in the King's luxury.

What is the lesson here? First of all, David is an Old Testament type of Christ Jesus, the King of kings. Second of all, Mephibosheth is a type of you and I whom Jesus the King of kings came to gather at His heavenly table through His sacrifice on the cross and victory over death and the grave. Jesus said clearly that He had come to save and heal and deliver to heaven sinners...those crippled unto death by sin. So, His message was "Whosoever will may come" and be saved, reserved for a place at His table in heaven. Jesus recognizes and has put in His Word in Romans 3:23 that "All have sinned and come short of the glory of God." No one ultimately qualifies because all are crippled and dead in sin to ultimately die lost and rejected and cast into a place where no one gets done dying...the eternal death of hell. It is called the second death. God says that we all deserve such because we are all sinners against Him (Rom. 5:8-10). But He has sent out His Holy Spirit to search us out under the preaching of the Gospel, just as David sent his servant out to search for Mephibosheth, to call to Him and be saved by the Savior, King Jesus and be assured of a place at His table in heaven. Mephibosheth was saved from an assured misery of consequence and common destiny of that day for a son or grandson of a deceased King to be killed by a predecessor and not to forget his lame and poor life he would have to live out to a miserable death. David called him from that life to his kingly table and lifestyle. Jesus, the King of kings and Lord of lords, came and laid His life down to make way for you and I, as sinful as we are, as deserving of death and hell as we are, to come to Him, repenting from that fallen life of sin, and be saved by Him from our sin and condemnation and be assured of our place at His table in heaven.

No one will be rejected who will stop and call to Him to be their Lord and Savior from sin...their King of Righteousness. He will write you down immediately and have your seat at the table ready.