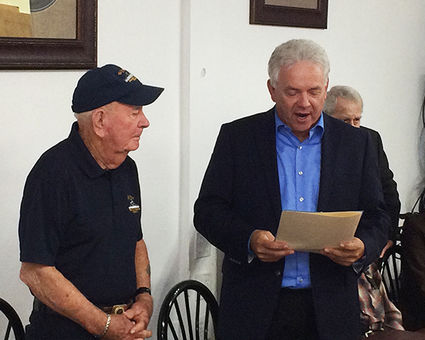 In the midst of the worst spike yet in local coronavirus cases, Orange County Judge John Gothia has tested positive for COVID-19, he told the County Record and Penny Record newspapers Tuesday.

"I found out [Monday] night," said the county's top elected official. "Now I have seven more days of quarantine."

The judge said he hadn't been able to determine how he the respiratory illness was passed on to him.

"We haven't been able to figure out anybody sick that I've been around," he said.

Confirmed COVID-19 cases in Orange County more than doubled in June, going from a total of 98 confirmed cases as of May 28 to 191 cases on June 23, the last report released by the Orange County Public Health Department.

A new weekly report is expected later this week.