The Place We Call Home 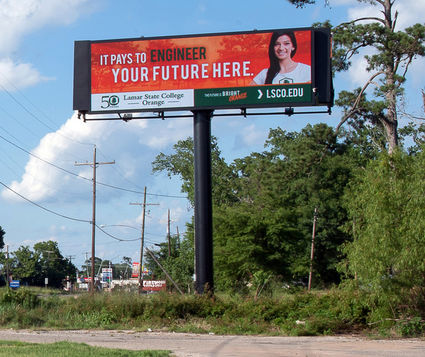 Some 95 years ago my father, Clay Dunn, started building the Silver Slipper Club. New Year's Eve, 1925, he opened up the club on Lake Street, then known as the Ferry Crossing Road. The building, probably the oldest building in the city, stood for many years but was finally destroyed by Hurricane Ike. Later, in 1946, he built the Midway Motel, which included a restaurant and liquor store. The motel was Bridge City's first and only motel. The motel and the liquor store remained for over 40 years. The liquor store was later turned into Granny's Seafood. These buildings also became victim of Hurricane Ike. Today, Mark Dunn's digital sign stands on his grandfather's original property.

Clay had a lot of confidence in the growth of the area after Cow Bayou was dredged to the Intracoastal Canal and with the completing of the Rainbow Bridge and the historic bridge over Cow Bayou. The community didn't turn out to be the industrial Mecca he envisioned--probably because it 'wasn't served by a railroad but it grew into a good community.

In 1956, Phyl and I bought our first home in Bridge City. We had one child Mark and soon added two more children, Allen and Karen. We have since maintained a house in the city despite leaving for a short period. At the time, Texas Avenue, Highway 87, was narrow and wasn't crowded with through traffic. In fact, the youngsters rode their bikes on the highway until an accident occurred and killed two young girls.

After the Rainbow Bridge was completed more families moved to the community, getting away from city taxes and to acquire enough space to raise gardens, keep a milk cow or two, maybe a hog and a chicken pen. Most who moved to what was then known as a prairie, raised most of their food. Families mostly stuck to themselves except for church affiliation. Today, the city has many great churches. The area was known to be somewhat clannish. It took us 20 years before we felt accepted.

I got involved with a fine group of men in youth activities. Most of them, being good craftsmen, helped build the first Little League baseball park off of Sunset, on Stark property. We also started up a football league and joined up with Orange Junior Football.

Heinie Dale Pate, a young lawyer and native of Austin, formally a UTA football player, came to town and hung his shingle at a residence owned by Bubba Hubbard, now Wellspring Credit Union location. Pate and Steve Worster, Chief Wilson, Bridge City High School championship had a lot to do with changing Bridge City. It brought the community together. Pate would be one of the forces, along with Hubbard, Albert Gore and other business leaders in bringing incorporation of the city after two failed tries.

The attempt to incorporate wasn't without opposition. The earlier settlers didn't want to go back to the city regulations they had moved away from. They feared, however, being annexed by the city of Orange or Port Arthur. On July 7, 1970, the city of Bridge City was born with a vote to incorporate. On July 13, 1970 it became official and P.M. 'Red' Wood, by a majority of three votes, became the city's first mayor. The Home-Rule Township was run by the mayor and council. Later the city adopted the city manager form of government. Red got the city off to a great start. Pate became city attorney. The independent water district was taken over by the city. Pate would go on to serve the city just a few months shy of 35 years. He passed away May 6, 2019. The volunteer fire department created a fire district. The citizens voted it a tax district, and today Bridge City has one of the best volunteer fire departments in the state.

The city had many locally owned businesses, unique shops, run by enterprising people. Some remain today. The business community took a dip with the coming of the area's first Wal-Mart store. The businesses that withstood the Wal-Mart entry into the market were the independent pharmacies, Nick's, King's and Harrington's were in Bridge City long before the area was incorporated and the citizens still preferred the personal service of the independent pharmacist. The only one that remains today is Family Pharmacy, Harrington's old store. Walgreens and CVS have joined Wal-Mart making three national chains.

The second bridge over the Neches River brought a building boom and increased the traffic down Highway 87 from 18,000 cars to 44,000 a day through the city. Subdivisions, with expensive homes, started springing up. The average family's yearly income in the immediate Bridge City area is nearly $70,000 a year. The citizens are attracted to out-of-town businesses that feature items not available locally, such as car dealerships, furniture stores, department stores, etc.

The Penny Record has been the local newspaper for the area for 60 years. It's the publication that the citizens grew up with and depend on for the voice of local events. Surveys have shown that the paper is read by someone in over 90 percent of the homes in the trade area. It's virtually impossible to reach the majority of the citizens with any other media. The Penny Record, that has had only four local ownerships, played a big part in the incorporation of the city by publishing the need. On the front page of the July 1, 1970 issue, the paper endorsed and urged the citizens to vote for incorporation. Walter Gaston, the publisher at the time, remained a citizen of the city until his death.

Many people, besides the good elected officials, had a lot to do with the growth and betterment of the community. A young banker, Fred Gregory, was named Bridge City Bank president. Fred, not tied down by today's banking regulations, helped people go into business and helped keep others in business through hard times. My family was benefactors of his trust and helping hand. So were many others.

W.T. Oliver moved into the area, and with his promotional and organizational skills, helped build a community center. The citizens raised and pledged funds to get the project started. Local union crafts furnished the free manpower. Business partners Paul and Bobby Cormier, Fletcher Garner, Bubba Hubbard, Tim Edgar and I donated the land, built the street and ran the sewer and water lines. We also built an adult baseball field, named after Asa Mansfield, county commissioner, who helped us. The property we donated now houses one of the area's finest little league facilities, a football field, city park pavilion, community center, city library and senior citizens center. The property is now owned and maintained by the city.

It's been a great place to live, raise a family and watch grandkids take pride in calling Bridge City home and attending a great school system. I'm proud of the part my family and I have played in the betterment of the place we call home. Most of the early settlers of the newly incorporated town are gone now. Our city has been dealt some terrible blows from storms but with good leadership our citizens fought back, rebuilt and moved forwards.

We invite you to visit Bridge City. You'll find some of the world's friendliest people. If you are looking to make a move, it's a great place to raise a family. The cows, pigs and chickens are gone but the spirit remains.