BC schools first to return to class 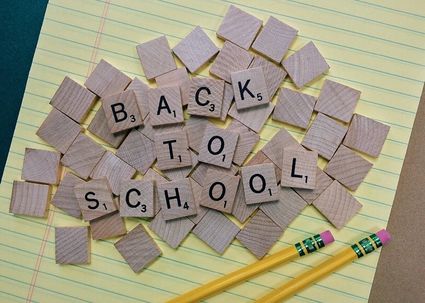 The Bridge City Cardinals are set to be Orange County's canaries in the coal mine as they head back to their classrooms Monday.

The school district's Aug. 3 return to the classroom is nearly two weeks ahead of any of its neighbors and a brave venture, given this year's Covid-19 pandemic.

"We are looking forward to the start of the 20-21 school year," was the word from Todd Lintzen, superintendent.

While students in Texas have the option to start the school year on campus or online, Bridge City announced a couple of weeks ago that students must attend class on-campus to participate in extracurriculars like sports, band or cheer.

Other districts have followed their lead, the justification being if a person is willing to gather with others for an after-school practice, then attending class with others should not be a no-no.

Other schools will be watching closely.

Little Cypress-Mauriceville school district had announced it was starting on Aug. 3 but backed off that with Monday night's vote to return to Aug. 17, which had been its first choice.

"When we first changed the calendar to an earlier start date, there was not a virtual option, Stacey Brister, LCM superintendent, said.

"We were cautioned by the Commissioner of Education to build in extra days to accommodate the need to close school for the virus. Now that the virtual option is possible, we should not need to 'close' as we did when this option didn't exist."

Both Orangefield and West Orange-Cove school districts are set to return to class Aug. 12.

As of Tuesday, about 80% of students registering at LCM schools have opted to start their year on-campus, an official there said. No numbers were available for other districts.

As the schools have awaited and looked for guidance from Gov. Greg Abbott and Education Commissioner Mike Morath in this uncertain environment created by a deadly respiratory virus, administrators have had to be nimble to adapt to sudden changes.

Monday, for example, the governor declared that the STAAR tests will not be used intended, to determine promotion from 5th and 8th grade, but would figure in schools' accountability rating.

"Prepare to meet the change as we face this new year," Brister told her district's parents. "Each week we are met by new requirements from Gov. Abbott, TEA, CDC, UIL and local authorities.

"I'm confident we can make this school year a great one for our students."

At Bridge City, Lintzen says his staff is ready to go.

"Our administrative team has worked throughout the summer to prepare our school district to educate our students in the best environment possible during this health crisis," the BCISD bossman said.

"Our district stands ready to provide either onsite instruction or remote instruction. We want to provide our students with the best possible education to ensure that each child within our school district has the opportunity for a bright future."