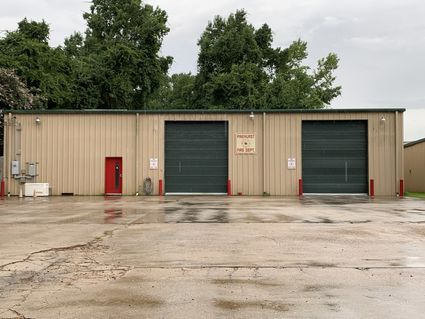 At least it wasn't a house.

After Chief Shon Branham and seven other members of the Pinehurst Volunteer Fire Department resigned in a show for the TV cameras Monday, new City Administrator Jerry Hood held a press conference Tuesday and called Branham a liar and his department unqualified to administer medical services.

"No, but you are," was essentially the chief's response.

"Those are all blatant lies on me," Branham fired back Tuesday night. "I don't appreciate that.

"I am the most truthful person you will ever meet. I will not have my integrity put to question like that."

Branham has been chief of the Pinehurst VFD for seven years and a firefighter for 26 years, he said. He joined the Bridge City VFD in 1989 and worked a total of 17 years in two terms with that department.

He's been reaching out to area media outlets since July 1, when Hood put new policies in place that limited the types of emergency calls Branham and his firefighters could respond to, other than fires.

"I am both disappointed and disheartened in the blatantly false information [Branham] has been relaying to the media, and more importantly, the citizens of Pinehurst," Hood said, reading from a prepared statement.

Fred Hanauer, Pinehurst police chief and emergency management coordinator, was by his side in front of three hometown radio and newspaper representatives.

Hood, who took the job in mid-June after his brother Robbie Hood left it to become city manager at Vidor, wanted to stress that Pinehurst citizens had never been without fire or medical coverage.

"At no time," he said, adding that the City of Orange was providing fire services for Pinehurst while Acadian Ambulance Services continued providing medical services.

Medical calls were the issue, both sides agree.

After Vidor dropped Acadian as its emergency medical provider at the end of June, Pinehurst was required to switch its nighttime dispatching services from Vidor to Bridge City.

Hood said Tuesday that during the spike of Covid-19 in Orange County Hanauer had suggested that the fire department limit its responses to only life or death emergencies to avoid exposing firefighters and the public to exposure to the virus.

"Chief Branham chose not to honor that request, citing that he had no choice but to respond to these calls due to an agreement with Acadian Ambulance Service," Hood said.

"Upon meeting with Acadian officials, it was determined that there was no such agreement in place. Furthermore, Acadian officials advised that the fire chief [Branham] determines which calls they choose to respond to; that it is not dictated by [Acadian]."

"Former Chief Branham does NOT hold the necessary certifications to provide life-saving care for all medical calls he requested to respond to.

"Most [Pinehurst] first responders who did not possess the proper certification and who have no formal medical training with the exception of CPR training, were running emergency traffic (with emergency lights and sirens) to medical calls, often arriving minutes after Acadian Ambulance was on scene.

"Some of these responded to nursing homes and medical clinics where trained medical staff was already on scene and AFTER they were cancelled by the ambulance service."

Mayor Dan Mohon participated in the conference via short conference call that reassured citizens they remain covered for emergencies. He did not address the particulars of the beef between Hood and the former volunteers.

"When you have an entire fire department quit on you after one month, there's a problem."