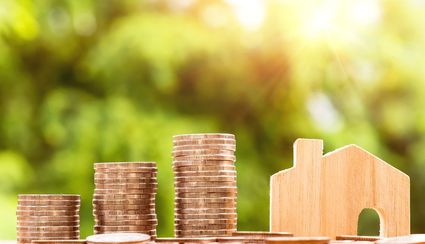 Property tax values on Orange County homes were up 4% on average as of Jan. 1, 2020 and if the tax rates set by local governments in August and September only stay the same as they were last year, the average homeowner will see their 2020 tax bill go up by the same 4%.

A rise in property values and a raise in tax rates would put a double whammy on taxpayers.

The final tax rate may not be higher than the proposed tax rate but it can be lower.

“My goal is not to get to 586,” said County Judge John Gothia, who will work with department heads and County Auditor Pennee Schmitt on next year’s budget. “My goal is 542. I just need to know where my number is, where I need to start work at.

Orangefield Superintendent Shaun McAlpin joined Gothia in stressing that a proposed rate increase is only a worst-case scenario if August budget prep can’t trim the number before it’s finalized.

Orangefield school trustees voted Monday night to propose a rate of $1.15 per $100, which is nearly 3 cents below last year’s rate. But property values in OFISD went up 5.6%.

“This rate will not be official until the board acts on it Aug. 31,” McAlpin said, noting that’s the night of the public rate hearing as well.

“For the homeowner, it’s a fine balance. You want your home values to increase gradually, in case you decide to sell someday. It also allows your equity to increase. But nobody likes paying higher taxes.”

West Orange-Cove school district starts its fiscal year in July, unlike other area districts that face a September deadline. Counties and cities start their fiscal years in October.

Because of the national disaster that is the ongoing COVID-19 pandemic, some local taxing entities won’t rule out raising their tax rates as they prepare their 2021 budgets and seek to navigate the unplanned expenses brought on by the health crisis.

Texas taxing entities like counties, cities and school districts, were supposed to see tighter restrictions on raising tax rates go into effect for 2020, thanks to the Texas Property Tax Reform and Transparency Act of 2019.

But the new law included a provision that taxing units could apply the old rules for their 2020 taxes if their county was hit by an officially declared disaster.

Orange County has been the victim of two disasters – the ongoing coronavirus and Tropical Storm Imelda in 2019 for which school districts, cities and the county received no federal disaster reimbursement funds.

Pinehurst City Council made the same move at its July 21 meeting.

The law in Texas had required counties or cities to get taxpayers’ permission -- via an election -- if they wanted to raise their annual tax rates more than 8% of the effective tax rate – the rate that would raise the same number of property taxes as were raised the previous year (the effective tax rate is called the “no new revenue tax rate” under the act).

The rollback rate was 5% for schools; now the voter approval tax rate is 2.5%.

“The Legislature told citizens they were going to control tax rate and that’s what they did,” Gothia said. “Our intent is not to go up any. This [disaster waiver] is in case we need it.

“If we’d have been under the 3.5% rule last year, I’d have had to cut $1.4 million out of the budget. The cost of operating the county as a whole continues to rise. Just like it does any business. Nothing goes down.”

Orange County last week posted a schedule of salary increases for 10 of its 25 elected officials, but Gothia said the dollars reflected – three-figure hikes in most cases – were merely longevity pay, based on experience. Although those extra dollars are not optional, state law requires they be posted, Gothia said.

In five cases, salaries will be less this year because new office holders hold those jobs, replacing others who drew longevity pay.

Gothia said the county could not afford to give employee pay raises this year.

“We know our county employees are not paid anywhere where they need to be but we can’t give them raises this year, maybe not next year,” the judge said. “If we give raises next year [under the 3.5% voter approval tax rate], we’ve got to go cut somebody.

“This is a tight year, but next year is going to be worse.”