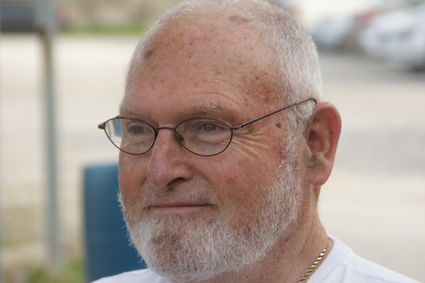 Melvin Blackwell Cook, 84, of Orange, passed away on August 7, 2020 after a very short illness, at home with his family by his side.

A graveside service will be held Monday, August 10, at 12:00 p.m. Hillcrest Memorial Gardens in Orange. Officiating will be Danny Brack. Family will begin gathering with friends at 11:30 a.m. at graveside.

Born in Nacogdoches, Texas, on February 24, 1936, he was the son of Ellis Johnson Cook and Lottie Elizabeth (Christian) Cook. Melvin was 1 of 12 children. He was raised on a farm in Nacogdoches with his family. Growing up they traveled all over the US as migrant farmers. He left home at 14 and moved to Freeport with his sister Gladys. There he began working at Weingartens cleaning the parking lot. He later moved in with a wonderful elderly lady and her husband named Mr. & Mrs Broussard. They quickly fell in love with him and he became just like her son. While at Weingartens, they noticed what a hard worker he was, and he was promoted to the meat market as a butcher apprentice. While at Weingartens, he met and fell in love with a sweet and innocent employee in the courtesy booth, Patsy Ann. He was 17 but told her he was 19, she was 18. They married and his store manager had to sign for him to get married. He later told her the truth. He was transferred to East Town Weingartens in Orange as the meat market manager. He worked for them over 20 years until he bought West Orange Food Center around 1974. Years later he co-owned Food City and several convenient stores in the Orange area. He was married to Patsy for 61 years.

The family would like to extend sincere appreciation for all the help and love to Lydia Pretz and Graham Stockton for all their help with Melvin and Patsy these last few years. Also special thanks to Harbor Hospice of Beaumont and Harbor Home Health for the loving and excellent care the last 2 weeks.

Memorial Donations may be made to Harbor Hospice at 2450 North Major Drive, Beaumont, Tx 77713.