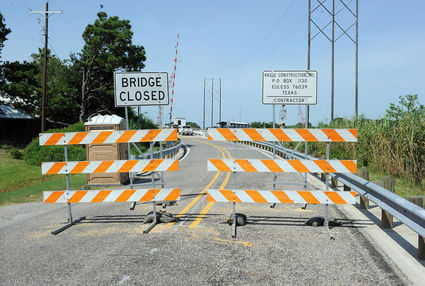 Readers of The Record have inquired about the scheduled re-opening of the East Roundbunch Swing Bridge. The answer is almost but not yet. East Roundbunch Road swing bridge is undergoing testing, the Texas Department of Transportation said Tuesday. No opening date has been announced for the unique bridge, which has been closed since state inspectors ruled it unsafe in March 2017. Last month, TxDOT said the bridge and the road, a well-used shortcut from Bridge City to Chemical Row, should be open sometime in July. RECORD PHOTO: Mark Dunn

That didn't take long or anything! TXDOT can be counted upon to get projects done quickly!