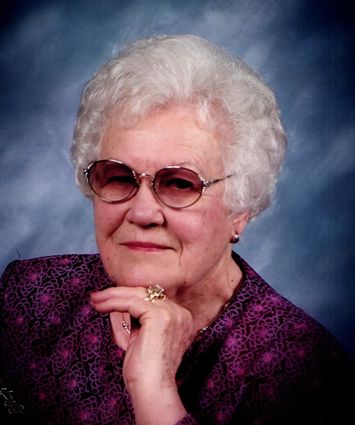 Jeannette Miller Bates died at her home in Orange, Texas on August 14, 2020 at the age of 99. She was born on February 13, 1921, in Grand Chenier, Louisiana, and lived there until graduating from South Cameron High School, then moved to New Orleans to pursue a degree in nursing. She received her R.N. degree from Hotel Dieu School of Nursing in 1942. After graduation, she returned to Cameron Parish where she established the first public health clinic in South Louisiana, traveling to many schools in the area providing medical care and vaccinations to their students.

She married the love of her life, Cecil E. Bates on April 15, 1944, and spent the rest of her life in Orange. She was a devout Catholic and a member of St. Francis of Assisi Catholic Church, where she was active for many years in the Ladies Altar Society and the Young at Heart Club. She will be buried alongside her husband in St. Mary Catholic Cemetery in a private service.

She is survived by her three children, Olga Carroll, Sue Bates and husband Harry Sharpless, and Robbie Bates and wife Mary. Also surviving are three grandchildren, Stephanie Carroll McLain of Orange, Brent Bates and wife Shelley of Austin, and Ross Bates of Houston. One of the greatest joys of her life were her four great grandchildren, Chelsea and Jessica McLain, and Grace and Hannah Bates.

She was preceded in death by her parents Louise and Arceneaux Miller, loving husband Cecil Bates, son-in-law Tommy Carroll, and grandson-in-law Chuck McLain. Her two sisters, Corrine Canik and Angeline Mhire, and her three nephews also preceded her in death.

The family extends a gracious thank you and acknowledges and appreciates the loving care and friendship Jeannette received during the last five and one-half years of her life from her wonderful caregivers, Pam Williams, Daisy Reeves, Sandy Simon, Sharon Walker, J.P. Miller, and Misty Cole. They truly made her life so comfortable and fulfilled.

The family also appreciates the occasional assistance from the firemen at Orange Fire Station 2.

Due to the coronavirus, services are limited to immediate family only.