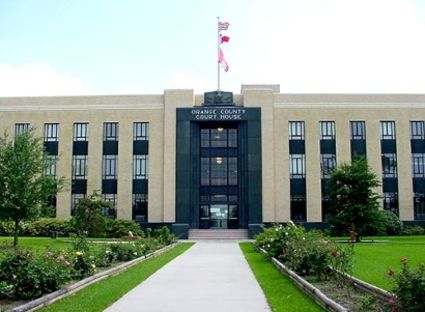 Orange County and city officials aren’t getting caught by surprise this time.

Orange County joined Jefferson County Monday evening in calling for a mandatory Tuesday evacuation of its residents ahead of the expected landfall Wednesday night of Hurricane Laura.

It is tracking to come ashore as a Category 2 or Category 3 hurricane on the Texas-Louisiana border.

“We’re trying to be proactive, get in front of this. I’d rather be wrong than have a bunch of people get hurt,” John Gothia, Orange County judge, explained when asked what officials had heard in Monday afternoon’s conference call with the National Weather Service’s Lake Charles office.

In 2017, Category 4 Hurricane Harvey slammed ashore in Rockport, Texas about 300 miles from Orange County and the rest of the Golden Triangle, and everyone in Southeast Texas sighed.

Only to have the powered-down Tropical Storm Harvey slowly meander up the Gulf Coast and dump more than 60 inches of rain in a four-day deluge that flooded Houston first, then Beaumont, Port Arthur and Orange County.

It was the second-costliest storm in U.S. history, doing $125 billion in damages and claiming at least 70 lives.

“We knew if we kept waiting to push a mandatory evacuation out, it could be too late,” Gothia said Monday night.

Citizens who cannot evacuate themselves can find transportation resources at either of the two Orange County embarkation sites. Evacuees should arrive at the locations at 9 a.m. Tuesday.

If you are unable to get to one of the transportation sites on your own, you can call the following numbers after 6 a.m. Tuesday.