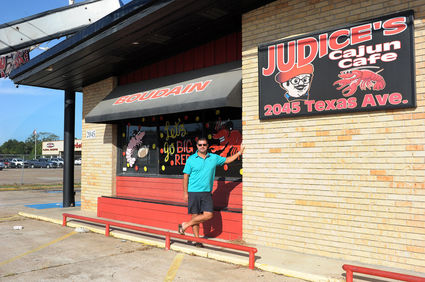 Like businesses all over Orange County, Judice’s Cajun Café in Bridge City did not need Hurricane Laura blowing through on the heels of this year’s COVID-19 shutdown.

But owner Al Judice IV decided to make the best of a bad situation.

“We’re going to remodel,” he declared last week, answering the question why his eatery had yet to reopen after the Aug. 27 storm.

“We got some water damage in the wall, and if I’m going to have to replace the outer walls and everything else, I might as well do it up.

“We’re going to reinvest money back into the business, put some money into it, so it actually benefits our customers.”

It was his first foray into the family restaurant business after spending the previous 10 years at Judice’s grocery in Port Arthur.

“It’s been a blessing,” he said, “really awesome.”

“I was born in 1977, but I remember going to a lot of the local events my grandfather was involved in,” Judice IV said. “With a family business, you can be as involved as you want to be.

“The grocery store was just as much fun, but not near as much profit. With HEB and Walmart [as competitors], you don’t really make nothing.”

Before the family business, Judice said he studied cosmetology, attended the police academy and “did a little bit of everything.”

He said it was a reality TV show that turned him into the restauranteur he is today.

“I learned a lot about the restaurant business from ‘Bar Rescue,’” he said. “When they get to talking about menu items and ‘What’s your cost per item?’ and ‘What is your payroll cost per item?’ down to what toilet paper costs, you have to know your numbers.

“And, hopefully, you’ve got more coming in than going out.”

Judice opened a second restaurant, Judice’s 1927, in Nederland in 2019.  It’s an upscale Cajun restaurant serving a menu that includes sea bass, lobster bisque and both Buffalo and boudin burgers.

“I have two restaurants, and I want another,” he said. “I love the restaurant business. Nobody comes in pissed off. They come in to have a better day.” 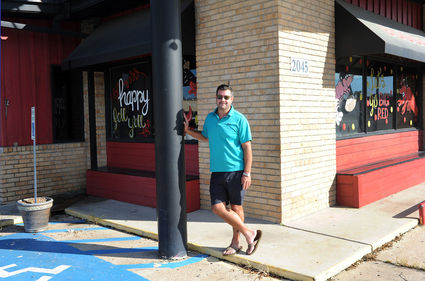 Judice said when he took over the Cajun Café location on Texas Avenue, he added onto the original Gary’s building. The current redo won’t add to the footprint.

It will replace the steam table with a salad bar. There will be new décor and color schemes.

“We’re going to keep our basic stuff, but we’re going to add a few items to the menu, give people a few more options,” Judice said.

“We had wind-driven rains that blew into the wall and we had to demo all that and dry it out. We were already down this much, we might as well go a little more and redo it.

“We believe our customers deserve something nicer and newer.”