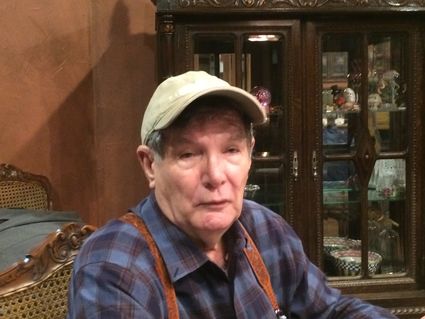 Tommy Clary, the poster boy for Orange County pleas for flood control, was not impressed recently when the Texas Department of Transportation announced it would replace sections of concrete median barriers along Interstate 10 to better allow high water to flow across.

“Barriers aren’t our problem,” the North Orange homeowner said. “The dam bridge is our problem, the bridge that dams up the water.”

Clary, who lives north of I-10 along Adams Bayou, has taken local elected city, county and drainage district officials on boat rides along the bayou to point out what he believes are the causes for much of Orange County’s flooding.

He began after Tropical Storm Harvey with complaints about snags from trees falling into the Bayou and the Orange County Drainage District completed a major desnagging operation.

“That project helped,” he allowed.

Clary points out that Adams Bayou has not been dredged since the 1950s and is half as wide and deep as it used to be.

But he and the others he has won over believe that a major reason water backed up in north Orange after Harvey and subsequent rain events is because of the 47 pilings that support the six lanes of traffic that cross Adams Bayou at I-10.

TxDOT has plans to expand I-10 to eight lanes, six for the freeway plus the two one-way service roads, also called Lutcher Drive, on either side. The low bridges for the service roads will be replaced by elevating them alongside the highway bridge.

But the pilings for the wider bridge will still be in the bayou, waiting to snag logs and tree limbs and used couches.

During the record-breaking rainfall events of Tropical Storm Harvey in 2017 and Tropical Storm Imelda in 2019, rainwater was trapped on the north side, westbound lanes, of Interstate 10 by the solid concrete median barrier. The water filled the lanes like a swimming pool in both Chambers and Orange counties.

Travel was impossible. Motorists west of Beaumont found their cars trapped for multiple days by high water after Imelda.

TxDOT’s release said it would be replacing 23 300-foot sections along low-lying areas where interstate flooding has occurred. That will be 16 in Chambers County and seven in Orange County, the release said.

The final phase, set to begin late this year or early next year, will replace the temporary median barrier with a new permanent barrier recently approved by the Federal Highway Administration, one that has an opening 13 inches by 18 feet long at the bottom of each 30-foot section to allow for drainage.

U.S. Congressman Brian Babin (R-Woodville) took credit for the TxDOT decision in a press release issued at the end of August.

“I’ve heard from many residents in Orange and Chambers Counties who are being impacted by repeat flooding along the Interstate 10 corridor after heavy rain events,” he said.

“My staff and I have had numerous conversations with community leaders and leadership at TxDOT about this unfortunate situation. I’ve worked to solve this problem for nearly a year and proudly commend TxDOT.”