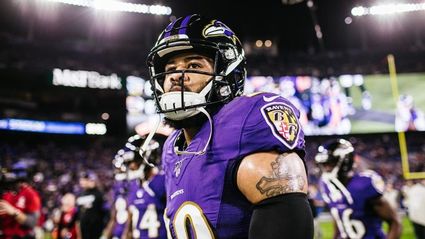 The first week of the 2020 National Football League action is now in the books but the two Texas franchises are both still without a victory.

The Houston Texans was the first team to suffer a loss this season as the defending world champion Kansas City Chiefs annihilated the Texans 34-20 in a nationally-televised game that was not nearly as close as the final score indicated.

The Dallas Cowboys played much better against the Los Angeles Rams on Sunday Night Football before a national audience with similar results, 20-17.

Both Lone Star State teams had one thing in common, they both had coaches or coordinators who were doing their jobs for the first time with their respective teams. And none of the three coached well enough for their team to win.

The Texans’ head coach Bill O’Brien figured he had too many responsibilities being both coach and general manager so he turned over his play-calling duties to offensive coordinator Tim Kelly and the defensive coordinator job to Anthony Weaver, who replaced 73-year-old Romeo Crennel who was kicked upstairs to assistant head coach.

The Houston Chronicle, which covers the Houston Texans like a blanket, graded last Thursday’s overall debacle with an F-minus. The defensive line—including star J.J. Watt—was given an F, linebackers got F, the secondary was better with an F-plus and the coaches also garnered an F.

Kansas City’s Andy Reid made a monkey out of the Texans and things don’t get any better as last year’s overall choice to win the Super Bowl—the Baltimore Ravens—come to NRG Stadium Sunday with Head Coach John Harbaugh as Houston tries to avenge last year’s 41-7 shellacking. Quarterback Lamar Jackson threw three TDs Sunday in the Ravens’ 38-6 win over the Cleveland Browns.

Things don’t get any better in Week 3 when the Texans take on the Pittsburgh Steelers with Head Coach Mike Tomlin and quarterback Ben Roethlisberger. All three of the head coaches (Reid, Harbaugh and Tomlin) boast Super Bowl victories.

McCarthy elected to go for a first down instead of kicking a chip-shot field goal midway in the fourth period on a fourth-and -three, trailing by 20-17 and came up inches short on a quick pass from quarterback Dak Prescott to rookie wide receiver CeeDee Lamb.

But the big news about the Dallas Cowboys is that the team is really wanting to sign Orange native Earl Thomas—although Idiot Owner Jerry Jones was playing games with the media about the rumor appearing last weekend on Fanside.com which hinted that “something big was coming to the Cowboys”.

The article points out the fact the Cowboys cut All-Pro safety Ha-Ha Clinton Dix during training camp and is using different personnel including cornerbacks because the position is the weakest on the defense. Cutting Dix made enough room under their salary cap to work out a deal with Earl.

Thomas reportedly said his career is temporarily delayed but he definitely plans on playing this season and will show everyone that he’s not a malcontent. The article added that Earl probably was paying close attention to the defensive schemes the Cowboys are using.

An unknown Harvard professor said the definition of sports is a passion without consequences. People will paint their bodies and act like teenagers at a game and not worry a bit about someone chastising them.

Seattle Seahawks’ Russell Wilson is the only quarterback in NFL history to lead his team to a winning record in each of his first eight seasons. He started the 2020 season the same way by completing 31 of 35 passes for 422 yards and four touchdowns Sunday in a 38-25 victory over the Atlanta Falcons.

And speaking of good performances by an NFL quarterback, Green Bay’s Aaron Rodgers had his 24th career game with four or more touchdowns Sunday as the Packers outlasted the Minnesota Vikings 43-34. Rodgers completed 32 of 44 passes for 364 yards and the four TDs, leading the Packers to seven scoring drives in 10 possessions.

Houston Astros ace right-hander Justin Verlander has been rehabbing really hard in hopes of being ready to start the first playoff game. He threw 55 or 60 pitches Saturday in a bullpen session and plans on increasing that number this week.

Chicago Cubs’ right-hander Alec Mills became the second player to pitch a no-hitter this shortened season. Mills was so obscure, he had to walk-on as a college pitcher and had to earn almost every break he got. He zeroed the Milwaukee Brewers Sunday as the Cubbies scored 12 runs and increased their hold on first place by four games over St. Louis in the NL Central Division.

Slugger Albert Pujols hit his 660th home run Sunday to tie Willie Mays for fifth place on the career homer list. His three-run shot in the eighth inning propelled the LA Angels to a 5-3 win over the slumping Colorado Rockies.

JUST BETWEEN US…The Houston Astros limped home from their road trip to the Left Coast where they lost 9 of the 11 games. But Saturday before a national audience on Fox, trailing the Los Angeles Dodgers 5-2 in the top of the ninth inning, the Astros banged out five straight hits, scored five runs and won the game 7-5. But their 8-1 loss to the Dodgers Sunday left their overall record below .500 (23-24 --.489) 6½ games behind the AL West leading Oakland A’s. Houston needs to catch fire in their final 13 games to assure a playoff position.