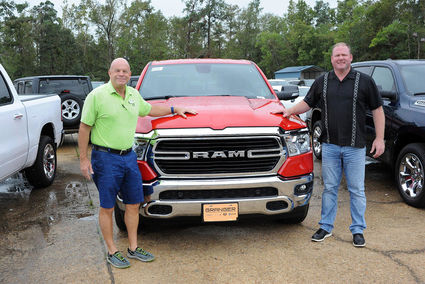 Al Granger says he's got cars in his blood and now he's got more than just Chevrolets in his inventory.

"We have not had a local Chrysler dealer here since 1989, just absentee owners," Granger said. "It's good for the community to have a local dealer here.

"And CDJR, they've got a lot of good products."

Bobby Wilkins, a Granger Chevrolet employee since 2013 is the managing partner for Granger Chrysler Dodge Jeep Ram. He has been a leader in internet automobile sales for years, but has done just about every job on a car lot.

"I've worked all over Texas for the past 18 years," he said. "The car business just gets in your blood. It's very fast-paced and rewarding. You meet a lot of interesting people.

Al and Dean Granger, co-owners of Granger Chevrolet from 2008 until his death earlier this year, recruited Wilkins to their Orange dealership.

Al Granger says he's been a car guy since he was 6 years old.

"I grew up liking cars. Probably the first car I thought was real cool was a '57 Thunderbird, the little two-door with the porthole windows.

"I've owned a couple of them over the years. I'd still like to have one."

Granger says his next favorite car was another Ford, a Mustang. He remembers Dean bought a Shelby Mustang after he finished high school.

"I thought it was real cool when it came out," Al said of the Mustangs. "Corvettes were really cool, but kind of rare. You didn't see many around Orange in those days."

"Richard also had a drag strip, Golden Triangle Drag Strip in Nederland, and I worked there on Saturday nights, too.

"Richard couldn't drag race on Saturday because he had to run things at his drag strip, but his family would go racing on Sundays. I'd go with them."

If you wanted to find Al Granger between ages 14 and 18 you only had to look two places.

"I was either in school or around cars," he said.

Granger worked for Wickersham Ford in Orange the first year he was out of school. He worked more than two years for Bickham Lincoln Mercury and went to work for Courtesy Pontiac AMC Jeep in 1979.

That lot was located where the Walmart gas station is today.

In August, 1980, he opened his first dealership, Auto Mart, on 2nd and Green, which is now on the campus of Lamar State College Orange, then moved the dealership in 1994 to a Scotty Wilson property on the old Traffic Circle.

In 2004, he opened a second lot a few blocks away, where his Granger RV lot is now on MacArthur.

Dean joined him in 2006 while negotiations were under way to purchase the Chevrolet lot from the Harmon family. Dean had been general managers of a Dallas Mercedes Benz dealership, Park Place Motorcars.

Wilkins and Granger are in the middle of an overhaul of the Chrysler dealership, one that hasn't been helped by the weather, especially Hurricane Laura.

But they have the recipe for success, Wilkins noted, one that created sales record for the MacArthur dealership in the middle of a coronavirus pandemic.

"We've broken the store record the last four months in a row," Wilkins said. "The last two to three months, they went over 200 units [sold] at the Chevrolet dealership."

Internet sales have been key. 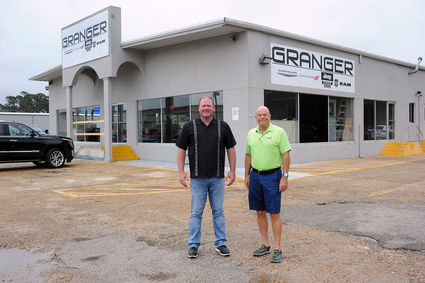 "The internet is more of our business now than anything out there," Wilkins said. "Used to be 80 percent of people would go driving by lots looking at cars and 20 percent were on the internet.

"Now, pretty much all of our advertising is done on the internet and social media. We don't have a lot of people stroll up and say, 'I want to buy a car.' Most of them call ahead and make an appointment."

Business is booming, he said.

"We had just the Chevy store, but now we have five different lines we can sell," Wilkins said. "The Jeep business is exploding, and it's not just outdoor enthusiasts but everyday drivers."

Granger Rough Terrain is a new brand of aftermarket customization available. They will put custom wheels, tires, bumpers, lights and leather upholstery in the vehicles they sell.

"We still have some vehicles on the car side," Wilkins said. "But now we have a good mix."