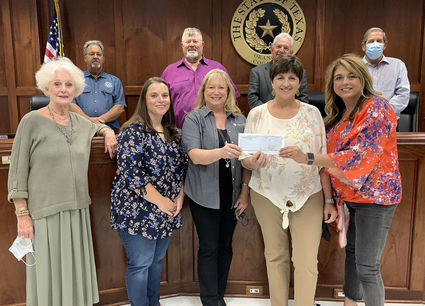 Orange County Commissioners unanimously approved a 2021 budget that is hoping for the best while preparing for the worst.

The full budget was not available for the public Tuesday, while waiting to be posted online, as promised by County Judge John Gothia.

But the highlights handed out by County Auditor Pennee Schmitt were shocking.

That's a budget with a $16 million deficit.

Gothia explained that the expenses included at least $1 million of big capital outlays, mostly for Road & Bridge Department that would not be purchased unless the county gets approved for federal reimbursement of funds spent because of Hurricane Laura.

The county has not publicly said how many dollars of damage it thinks Laura's high winds caused in roof and building damage caused by its lashing rains.

But the judge did note that reimbursement for debris removal was normally the easiest FEMA check to get and he estimated the county would spend at least $4 million on debris removal.

Sadly, Orange County officials are all too familiar with unexpected calamities, having gone through record flooding by Tropical Storms Harvey (2017) and Imelda (2019) and the worldwide coronavirus pandemic, which has resulted in hundreds of thousands of dollars in CARES Act grants.

And this as a Tropical Depression aims for the county this week.

Joel Ardoin, county emergency management coordinator, said the latest estimate for debris pickup for the county was 400,000 cubic yards and that just over half of that had already been collected from the Aug. 27 hurricane.

Commissioners agreed to keep the county's collection station open at the county landfill five days a week, Tuesday through Saturday from 7 a.m. to 6 p.m. for free through Oct. 13.

Gothia repeated Gov. Greg Abbott's latest COVID-19 reopening rules, saying restaurants can seat up to 75 percent capacity because Orange is in an area in which less than 15 percent of all hospital patients have COVID.

The judge reminded that bars are still closed, a mask order is still in place, and outdoor capacities did not change.

Michelle Tubbleville, county special programs director, reminded that FEMA's required $10,000 in flood insurance policies were about to lapse and anyone who had received aid after Harvey would need to renew at least $10,000 of coverage to be eligible for any more government assistance after a future disaster.

Before voting on the budget, commissioners paid Sept. 22 weekly bills with checks for a combined $1.1 million. After the budget vote, Karen Fisher, tax assessor collector, announced the county had taken in $210,000 in August tax collections.

And the commissioners adopted that unanimously after the budget. 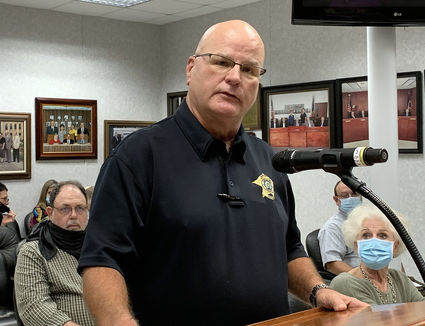 Gothia introduced the budget by saying the county expected to start 2021 with a fund balance – also sometimes called "Rainy Day Fund" of $13.4 million and the expected expenses could take it down to $5.3 million if the county doesn't get federal assistance with expenses from last month's hurricane.

Gothia pointed out the budget contained a "contingency" of $500,000 for surprise expenses. He also noted a decrease in personnel costs, largely because the Sheriff's Department had a major shakeup after the summer takeover of new Sheriff Lane Mooney and that many deputies with a lot of tenure were replaced by newer, cheaper ones.

The budget did include $485,000 to cover a 50 cents per hour cost of living adjustment to all the county employees except the elected officials, people paid by grants and those in the EDC. It does include the sheriff deputies whose last contract included a "me too" clause, meaning anything other employees received they would, too.

The county has about 370 employees, with about 10 percent of those falling in the "except" category that won't get the COLA.