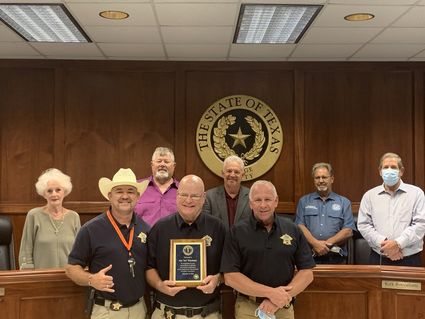 On September 22, 2020 the Orange County Commissioners Court recognized Captain Jim Eiselstein for his accomplishments as Jail Administrator and for receiving the Jerry Baggs Leadership Award.

The Jerry Baggs Leadership Award is given in recognition of Jerry Baggs who was instrumental in the creation of the Texas Jail Association and served as its first President. Jerry Baggs' extraordinary leadership and vision combined with his true devotion to the field of county corrections serves as an example to all that follow his path.

It is one of the highest awards that TJA gives.

Captain Eiselstein was given this award for his dedication and leadership on September 14, 2020 by the Texas Jail Association. 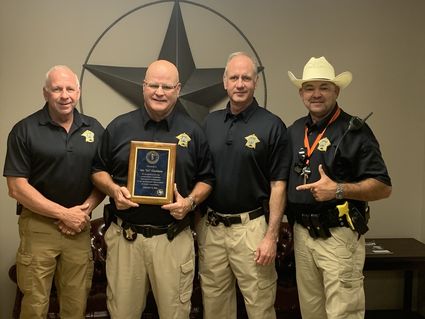 On April 3, 2017 Captain Eiselstein was hired as a Lieutenant (Asst. Jail Administrator) with the Orange County Sheriff's Office and on March 1, 2019, he was promoted to the Rank of Captain (Jail Administrator).

The Orange County Sheriff's Office is fortunate to have leadership among its ranks who go above and beyond to make sure the Sheriff's Office goals are reached. Congratulations Captain Eiselstein, your accomplishments are well deserved.