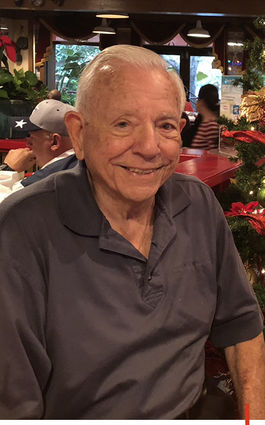 Funeral services will be held at 11:00 a.m., Saturday, October 3, at St. Francis of Assisi in Orange. Officiating will be Reverend Sinclair Oubre. Burial will follow at St. Mary Catholic Cemetery.

Born in Orange, Texas, on September 9, 1926, he was the son of Levy J. Barrios, Sr. and Elmira Sophia (Gonzalez) Barrios. Joe proudly served his country in the United States Army during WWII. He worked at Levingston Shipbuilding for 44 years and became the President of the company. He was a member of the Knights of Columbus and was on the executive board of the Camp Fire Girl's and the Boy Scouts where he was awarded the Silver Beaver award. He never met a stranger and was a wonderful husband, father, and grandfather. Joe left an impact on many lives and will be dearly missed by all who knew and loved him.

He was preceded in death by his loving wife, Dean Phillips Barrios; sister, Elaine DuChamp; and son-in-law, Jerry Schlabs.