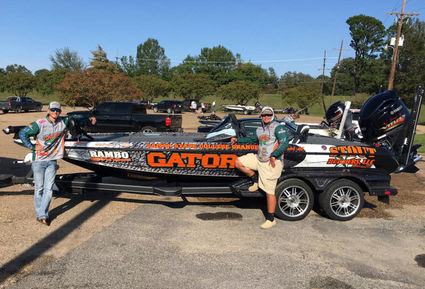 Brett Fregia and Jack Tindel placed 11th in the FLW Tournament on the Ouachita River on Friday, October 2, ranking them high enough to participate in the National Championship next March.

Fregia and Tindel's winning weigh-in was 9-7. 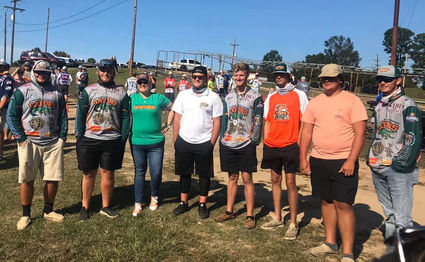 Two other LSCO anglers, Trent Buchholz and Grady Doucet, already qualified for the FLW National Championship. They also fished on the Ouachita River and placed 20th. Their total weight was 7-12.

Dagan Leger and Trace Moore also competed and weighed in at 6-0, placing them at 27th. Jaithen Burns and Kooper Abernathy placed 42nd with a weigh-in of 4-8.

Fregia and Tindel will also compete in the B.A.S.S. National Championship later this month in Leesburg, Florida. The two qualified for that championship earlier this year.

The LSCO Fishing Club has several more opportunities to earn more spots in championship tournaments in the coming months.

We are proud of these Gator students for their success!

For more information about the LSCO Fishing Club, contact Thera Celestine at (409) 882-3010 or [email protected]