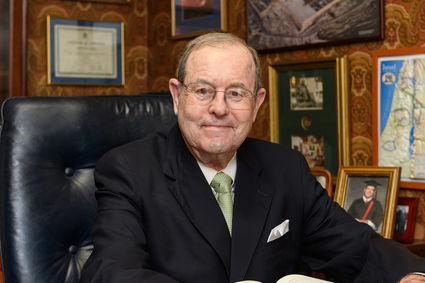 President Donald Trump undoubtedly was suffering some effects of early-stage COVID-19 when he said it last Tuesday.

And it has certainly gotten lost in the weekend hubbub caused by his Friday announcement that he had the disease that he's often downplayed while it killed more than 200,000 Americans.

But his call during his televised debate with Joe Biden for "my supporters to go into the polls and watch very carefully" to make sure ballots aren't "manipulated" in the Nov. 3 election was chilling.

His comments followed similar remarks by his campaign.

Donald Trump, Jr., said in a video that he needs, "every able-bodied man and woman to join the army for Trump's election security operation."

News stories immediately pointed out that Trump supporters risk violating a host of state laws along with federal statutes rooted in a 19th century law designed to counter voter suppression tactics used by the KKK. Two 20th century laws, the Voting Rights Act and the Civil Rights Act, prohibit attempts to intimidate, threaten, coerce or interfere with anyone trying to vote.

Longtime Orange County Democrats do not expect any incidents at the polls.

"Heck, I bring them stuff to eat. I bring goodies. I give them to everybody. I don't just give them to Democrats. They're nice people. I know a lot of them. I just don't agree with them."

Before Trump spoke at the Sept. 29 debate at Cleveland, earlier in the day, a deputy sheriff had to escort Trump's Pennsylvania director of elections out of an elections office in Philadelphia, when officials said he was being disruptive, according to a report by Politico.

"I've been in politics all my life, I have worked the polls and I've never had an issue like that," Flo Edgerly, former Justice of the Peace and longtime Democratic Party worker, said.

"There's been a time that people have called the chairman and said that people who are handing out flyers supporting the candidate are getting too close to the ballot box. But we never had to call the law."

Smith pointed out that Orange, Texas is not Philadelphia, a Democratic stronghold in a battleground state that could decide the election.

"I'll be surprised if anything like that happens," Smith said of the disorderly official's ejection in Pennsylvania. "If it does, I will, of course, get very active and very vociferous.

Edgerly and others have said polls are normally staffed by an election judge, an assistant election judge and several poll workers. In Orange County at least, having a law enforcement officer present at polling places has never been part of the setup.

By Texas law, poll watchers must be appointed by a candidate or a political party and they must meet numerous other criteria. Poll watchers are allowed to look for violations of state law, such as campaigning within 100 feet of a polling place, tampering with election equipment or bribing voters. Violations are then reported to the election judge at that polling place.

Poll watchers are not allowed to do anything other than watching. They cannot talk to voters, communicate with voters in any way or be inside a voting booth. They cannot leave without the election judge's permission.

Deborah Bednar, treasurer of the Orange County Democratic Party, said she expected a marked rise in the number of poll watchers this year. 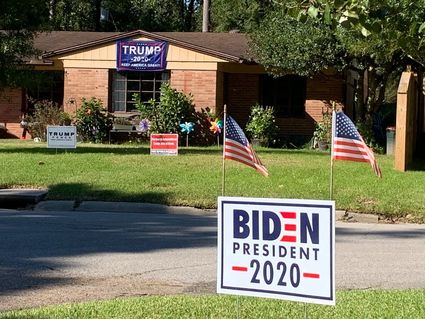 "We do have the option to have a poll watcher, but in past elections, we haven't had many," she said. "I think this year there are more people interested in being poll watchers and will seek that training. There is training to be a poll watcher. It's online training; you can do it pretty easily.

"People can approach Tina Barrow [Orange County elections administrator] and let them know they are interested in being a poll watcher. In Orange County, we have a pretty dependable election office and registrar. Tina Barrow, Donna Alford and Cheryl Bradley that work over there are great and they've been very helpful."

David Covey, Orange County's Republican Party chairman, did not return a phone call seeking his input to this story.