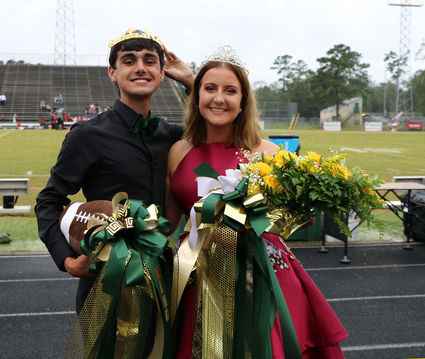 Before a homecoming game that was moved from Friday to Thursday at 7 p.m. and then to 6 p.m. to accommodate the arrival of Hurricane Delta, Little Cypress-Mauriceville High School crowned 2020 Homecoming Queen Emily Day and King Traevin Nelms.