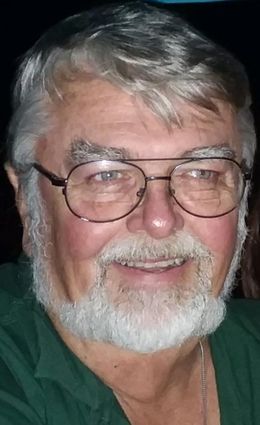 My name is Mike Reed, and I'm seeking your vote for City Council Place 2. I am 69 years of age, and my wife Debbie and I have 3 sons and 2 daughters, 14 grandchildren and 4 great-grandchildren of which we are so very proud. I am also a long-time member of Second Baptist Church here in Bridge City. My political approach is a simple one, to do whatever it takes to make the City of Bridge City the best place to live and a great place to raise a family.

Prior to coming to Bridge City, I proudly served in the U.S. Navy for 4 years as an Electrician's Mate 3rd Class. All 4 years of my service were aboard the nuclear aircraft carrier USS Enterprise, including two deployments to Viet Nam. I put down my roots here in 1974 after being honorably discharged from the Navy.

I've worked as an electrician at Crown Zellerbach (Print Pak on FM 1006) for nearly 10 years and 3 years at City Service (PCD2) in Lake Charles, La. After that I worked for the U.S. Department of Transportation, National Defense Reserve Fleet located in the Neches River at Beaumont as the High Voltage Electrical Supervisor and retired from there with 27 years of service. My wife and I are currently school bus drivers for Bridge City ISD. I've driven for BCISD for 14 years and train new drivers for the district.

I've got the experience needed to be an asset to the City of Bridge City having served on City Council from 2006-2015 in Place 2. During my tenure, I've worked hard with the entire City team to bring the City through some of its most challenging times, including the rebuild after Hurricane Ike where all but 15 homes in the City were devastated, and the flooding we experienced with Tropical Storm Harvey. Most recently I was fortunate enough to have assisted the National Guard after Hurricane Laura, helping coordinate and provide for the distribution of meals and supplies to our citizens in need. My role was that of liaison between the City, BCISD, and the National Guard.

I currently serve as City Council Place 2 after having been appointed in 2019 to complete an unexpired term. Between my terms on the Council I served the City on the Board of Adjustments. I am now asking the voters to allow me to continue to serve all the citizens in this great city. I will continue to promote the safety and welfare of our citizens and visitors.

It is my heart-felt desire to promote the continued progress of the City. Therefore, I'm asking for your continued support in my effort to serve all the citizens of Bridge City. Please be sure and go to the polls this November 3rd and vote for #1 on the ballot, Mike Reed for Place 2 on City Council. You can also vote early from October 13th through October 30th. Please vote. Thank you for your continued participation in making Bridge City the best place to live and raise your family.