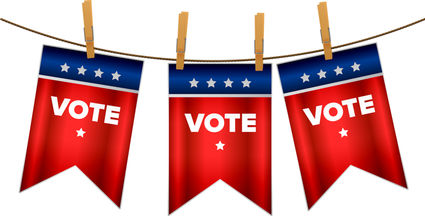 The City of Pinehurst has not held an election in three years, but that's ending in 2020.

Dan Mohon, mayor of Orange three decades ago and mayor of Pinehurst for one year, has drawn a challenger in first-time election seeker Troy Pierce.

The job pays only $130 a month, so why are the men seeking the job?

"I feel like I have some talent coordinating meetings and solving problems," said Mohon, an insurance agent and lifelong Lions Club member who was Orange's mayor in 1988-92.

"That's why I do it. I have volunteered for years."

Pierce, who works as an instrumentation and electronics technician for the City of Beaumont water plant, has lived in Pinehurst for 40 years.

"Generally speaking, a lot of people just don't have time to be involved in city government. I've been that way for years," Pierce said. "But I think I'm at the point when I need to devote some time to that."

City and school board elections in Orange County, with the exception of the Orangefield ISD, were originally set for May 3, then delayed to Nov. 3 because of the COVID-19 pandemic. Early voting is already under way and will continue until Oct. 30.

"No doubt the coronavirus affected my campaign," Pierce said. "I don't want to be out cold-calling people in the middle of a pandemic. I was still able to get word of mouth out to some, but it is what it is."

Neither Pierce nor Mohon, who was promoted from Pinehurst alderman to mayor a year ago after health problems forced Pete Runnels to retire, spent any money on advertising.

"Mr. Mohon, he is a good guy, but when I'm out speaking to people, they do have some concerns," Pierce said. "They want their issues looked at, and they feel like they're not being heard."

Pierce said the city's ordinances need a review. He said he'd heard complaints about the quality of city services, topped by drainage and street repair.

And he'd like to see if wages and benefits paid to city employees could be raised to competitive levels to keep long-term workers from going elsewhere.

In this election, a total of three city seats will be up for grabs, including Pinehurst's mayor.

Bridge City actually pays the most to council members in south and east Orange County, with the mayor – David Rutledge – making $350 per month, or $4,200 per year, so a desire to serve their communities is what drives the candidates.

Bridge City council members earn $200 per month, $2,400 per year, and that's the dollars at stake in the Place 2 race between incumbent Mike Reed and opponent Kenneth Prosperie.

Orange's mayor – Larry Spears Jr. – banks $200 a month, with all other Orange council members making $100 per.

Orange's only city council race will be between incumbent Paul Burch and Charles Ray Thomas are running for the Place 6 At-Large seat.

Pinehurst council members earn $20 per meeting, except for the mayor pro-tem, who rates $30 per meeting.

But that's $1 more than school board members get.

"It's all community service," pointed out Shaun McAlpin, Orangefield superintendent.

Bridge City ISD has two board seats being contested and Orangefield one. West Orange-Cove and Little Cypress-Mauriceville have no contested seats.

Incumbents Mike Johnson in Place 6 and Mark Anderson in Place 7 are being opposed by Keith Jones and Cory Mitchell, respectively.

At Orangefield ISD, former board member Jude Graffagnino is taking on Juan Gonzales for an at-large seat.