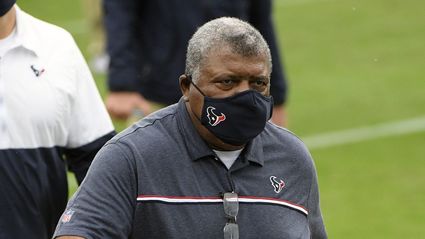 Last weekend was really a doozy as far as college and National Football League games were concerned. There were more than a dozen upsets and another game that should have been an upset, but wasn't.

Coastal Carolina visited Cajun Country to play Louisiana-Lafayette and were a 7 ½ -point underdog, despite the fact they had an unblemished 3-0 record.

The Chanticleer's (no joke-that's their mascot) booted a field goal as time ran out to defeat the Ragin' Cajuns 30-27 and as a reward, moved into the AP College Poll for the first time in the school's history at No. 25 and were No. 24 in this week's Coaches Poll.

College upsets weren't the only reversals that occurred last weekend. Two of the three winless NFL teams came up with stunning victories with Atlanta blasting four-point favored Minnesota 40-23 and the New York Giants getting into the win column by nipping Washington 20-19.

The most surprising upset Sunday was Tom Brady's Tampa Bay Buccaneers annihilating the previously undefeated Green Bay Packers and quarterback Aaron Rodgers 38-10. Sunday was only the second time in Rodgers' career when he didn't throw a touchdown pass and had at least two interceptions. In fact, one of those interceptions was a 32-yard pick-six.

Other reversals included the Chicago Bears' 23-16 upset over the Carolina Panthers and Denver's 18-12 win over the New England Patriots on a record six field goals by Brandon McManus. It was the second time the Bears started a season 5-1 since 2012. Chicago had four sacks and two interceptions against the Panthers.

But the only upset that didn't happen because of lousy coaching was our own Houston Texans who ended up losing to the undefeated Tennessee Titans 42-36 in overtime at Nashville.

The game started as if it would be a blowout with the Titans scoring first-period touchdowns on drives of 71 and 80 yards.

Houston scored to reduce the deficit in half, but the Titans scored another touchdown in the second quarter that was followed by a Texans' field goal making the halftime score 21-10.

The Texans caught fire and looked capable of upsetting the hosts with a pair of third- period touchdowns by quarterback Deshaun Watson, going into the final 15 minutes with a 23-21 lead.

The score must have fired up former Alabama All-American running back Derrick Henry who burst up-field from the Titans' six-yard line and out-ran the 11 Texans futilely chasing him on his 94-yard touchdown sprint, giving Tennessee the lead once again, 29-23.

Houston refused to roll over and play dead and regained the lead on a 53-yard scoring pass to Will Fuller, an interception by Bradley Roby that turned into a 1-yard pass from Watson to Brandin Cooks putting the Texans ahead by seven points, 36-29 with 1:50 left in the game.

A point-after-touchdown kick would have given Houston an eight-point lead, which meant the Titans would have to score a touchdown and two-point conversion just to tie the game.

But interim head coach Romeo Crennel raised two fingers after Cooks' touchdown, meaning he wanted to go for the Titans' jugular with a two-point conversion. Of course, the pass failed leaving Houston with a 36-29 lead.

Every football coach from the NFL to Pop Warner have a card that suggests when to go for two points and when to kick the extra point. The card says that when leading by seven points, you KICK for the one-point PAT.

The 73-year-old Crennel, who had coached the defense during most of his 40 years in the NFL, wouldn't admit publicly he didn't trust his defense to stop the Titans.

"I wanted to go ahead and get the two points," Crennel explained. "I felt like that kind of put it out of reach for them."

As Crennel and almost every Texans' fan watching the game on TV feared, the Titans went through Houston's defense like a hot knife through butter, with Henry blasting through some gigantic holes.

Titans' talented quarterback Ryan Tannehill pin-pointed a seven-yard pass to A.J. Brown in the corner of the end zone with four second left in the game. The successful extra point tied the game at 36-36 sending it to overtime.

As luck would have it, Tennessee won the coin flip, took the football and moved the ball at will, thanks to Henry. With the ball on Houston's five-yard line, Henry took a direct snap and bulldozed his way to paydirt, giving his team a 42-36 win and remaining undefeated. The Texans' offense never touched the football in overtime.

Henry, who was the 2019 NFL rushing champion, rushed for 212 yards and two touchdowns, becoming only the fourth player in NFL history to have three 200-yard rushing games.

Phil Mickelson has won both tournaments on the PGA Champion (Seniors) Tour by shooting 17-under par and winning by three strokes. He joins Jim Furyk, who also began his career on the senior's tour with two victories in two tries.

And while on the topic of PGA Tour golf, 35-year-old Jason Kokrak won his first tournament Sunday by firing a tourney-low 64 on Sunday's final day to beat third-round leader Xander Schauffele by two strokes. This is Kokrak's tenth season and his 233rd tournament.

Clemson and Alabama continue to occupy the top two spots on this week's Associated Press Top 25 College Football Poll with Notre Dame moving up one notch to No. 3 and Georgia slipping down one to No. 4. Idle Ohio State moved up one place to No. 5 and Oklahoma State also went up one to No. 6. No. 7 Texas A&M catapulted from No. 11, idle Penn State gained one to No. 8, Cincinnati slid down one to No. 9 and Florida remained at No. 10. North Carolina sunk from No. 5 to No. 14 and SMU jumped one place to No. 16.

JUST BETWEEN US...The Houston Astros made a valiant effort to reach the World Series for a third time. After falling behind 0-3 to Tampa Bay in the first three games, instead of running up the white flag and merely going through the motions, the Astros rallied behind Zack Greinke to win Game 4 by a 4-3 score, then used a walk-off home run by Carlos Correa for another 4-3 victory with closer Ryan Pressly being credited with the Game 5 win. The Astros broke open Game 6 and led by 7-1 behind starter Framber Valdez and hung on for a 7-4 win to tie the ALCS at 3-3. Former Astros starter Charlie Morton quieted Houston's bats as the Rays earned a berth in the 2020 World Series with a 4-2 rubber-game victory.