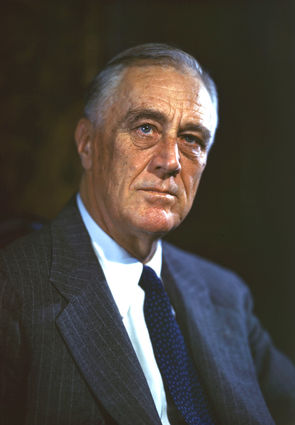 I came into this world as Franklin D. Roosevelt became the 32nd president, in the mist of the great Hoover depression. Hoover, a wealthy New York businessman with no experience in government, had somehow gotten the Republicans to elect him. He had taken over a healthy economy and then had people jumping out of high-rise buildings and off of bridges. The businessman totally destroyed the country and put everyone in the poor house. FDR started the process of rebuilding the country but it was a long haul. We were extremely poor, even food was hard to come by. FDR put in some great infrastructure programs like the WPA and CC Camps, and had us far down the road to recovery when the Japanese attacked Pearl Harbor on December 7, 1941. The President was against entering the war in Europe but Pearl Harbor dragged us into it. Even if you had the money to buy things you couldn't, everything was rationed and required special stamps for most purchases. FDR died on April 21, 1945. Vice President Harry Truman became president and ended the war with the A Bomb and H Bomb on Japan. Then the Korean Conflict came in 1950. I voted in my first presidential race in 1952. Ike was elected. I have voted in every race since and 18 primaries that elected 13 different presidents. The Korean Conflict started in June 25, 1950 and ended July 27, 1953. Then came the Vietnam War in 1955. John F. Kennedy had been elected president and took office in 1961. The Vietnam War was a long, costly and unwinnable war. Lyndon Johnson, VP, took over after the assassination of JFK and that war led to him not running for re-election. Fast forward to Iraq. After running Saddam out of Kuwait, President George H. Bush chose not to invade and occupy Iraq. His son George W. Bush became president after Bill Clinton and was convinced by VP Dick Chaney to invade Iraq. His father advised against it saying, "If you break it, you will own it." It turned out to be one of our biggest mistakes. Then came 9-11 and George W. went to war in Afghanistan. We still to this day have troops there. President Bush left the country in poor economic conditions with over 17 percent unemployment. Then the unlikely happened. A Black man Barack Obama was elected president and chose a longtime conservative senator Joe Biden as his running mate. They turned the country around, saved the auto industry and fought off two pandemics with little loss of life. They left office after serving two terms with low unemployment and 84 months of job growth. That brings me to the 45th president, Donald J. Trump, who was elected in 2016. It was back down to ground zero, very similar to the Hoover days, another New York businessman with absolutely no experience in government. His four years have been a disaster for the country. That brings me probably to my last presidential vote, number 19. If Biden wins that will be number 46. The 14th president elected since I've been voting. Of all those elections, V.P. Joe Biden is the most experienced candidate to run for president. No one even comes close, 39 years in the senate, considered a foreign policy expert. He led the Obama domestic recovery, serving eight years as Vice President. Today, I'm casing my vote for Joe Biden and Kamala Harris for what I pray will be the 46th President and Vice-President of the United States. Biden is the right person, at just the right time, to bring change and experienced leadership to put our country back on the right track, end the pandemic and put our country back to work. 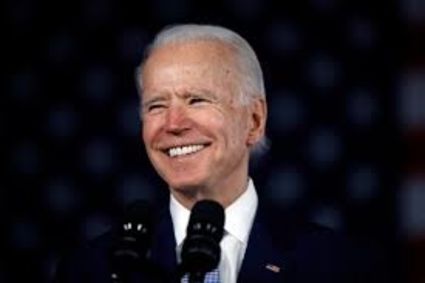