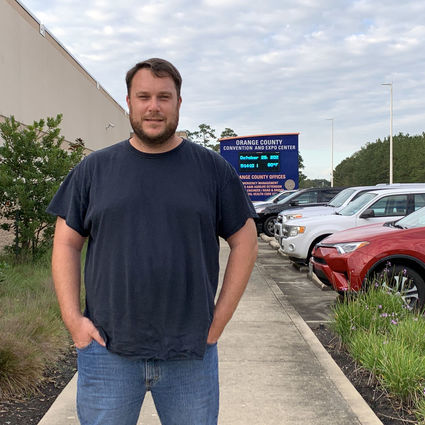 James Scales, left, is facing off against Randy Fusilier, a distant cousin, in the race for a seat on the Orange County Drainage District Board of Directors in the election wrapping up Nov. 3, 2020.

Jimmy Scales was one of Bridge City's best-known citizens, the grandson of the man who came up with the name Bridge City.

Three years after his death, his name has resurfaced in a family face-off over the election for the judge's former seat on the Board of Directors of the Orange County Drainage District.

James Scales, Jimmy's son, is running in the Nov. 3 election against longtime Drainage District superintendent Randy Fusilier for the Precinct 3 seat Jimmy Scales held at the time of his death in 2017.

Fuselier's grandfather, James Albert Scales, was James Scales' great-great grandfather, according to a family history compiled by Jimmy Scales and included in Charlotte Chiasson's book, "The History of Prairie View and Bridge City."

James Scales, who has been an Orange County employee for 19 years, said, "I didn't even know Randy until all of this."

Fuselier doesn't have to go far to prove his Scales family bona fides. He lives on Scales Lane in Orangefield, "on the old Scales place, Grandpa and Grandma's old land, where they raised cows," he said.

"My mother and James' great-grandfather were brother and sister. I knew Jimmy and I knew Jimmy's dad, Buster, but I didn't know James."

The Orange County Drainage District is one of several special taxing districts in the county. It has five members on its board of directors, four representing precincts which approximate the jurisdiction of county commissioners, and one at-large member.

Members attend one to four meetings per month, where they oversee the district's planning and administration. They are paid $150 per "day of work" up to a max of $7,200 per year, which averages to four paid days per month.

Besides the race between Fuselier and Scales, the Precinct 2 seat is contested this year between incumbent J.B. Arrington and challenger Larry Ancelot, Jr.

Until he retired in 2014, Fuselier was an employee of the Drainage District for 25 years who began as a heavy-machine operator and soon after was promoted to superintendent.

When Jimmy Scales died shortly after being elected to his third term on the board, Fuselier was appointed by the remaining board members to serve the remainder of his three-year term.

It turned out to be more than three years because the May election was pushed back to November by the coronavirus outbreak.

James Scales, currently Deputy Director of the county's Environmental Health Code Compliance office, had signaled his interest in taking his dad's place in 2017, and he and Fuselier both appeared before the board before the final decision was made.

"They chose me because I had a lot of years out there. I knew the ditches and the routines. They felt like I'd be better for the job," Fuselier said.

The younger Scales was not deterred. 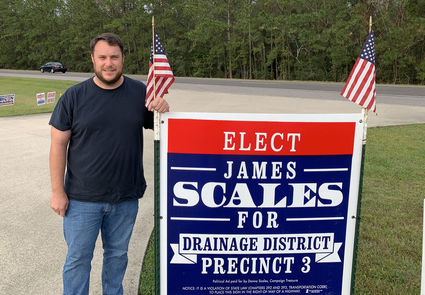 "I just decided I'd run for it, let the voters decide," Scales said.

"I think I can do a better job than Randy can," he said. "A lot of people have been flooding. My street floods all the time. I just think the precinct needs a little better voice."

This will be Scales' first run for elected office.

"If I'm elected, I'll still be with Orange County for my day job. This will just be a different service I would try to provide."

Does he see himself running for a higher office someday?

"You never know. We've got to get through this one first."