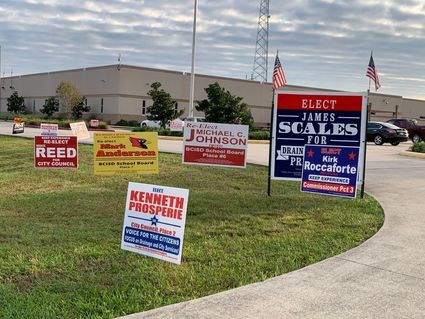 With three days left in early voting for the 2020 Presidential election, Orange County has blown past old records.

A total of 24,134 voters have cast their ballots in-person at one of the county's four early voting sites with Vidor's Raymond Gould Community Center hosting the most, 7,073.

The record for early voting had been 22,730 in 2016, when Donald Trump easily trounced Democrat Hillary Clinton in Orange County.

The magic number left to shoot for on Election Day Nov. 3 is 32,294, the record number of county voters who took part in the 2016 election.

The county, with 54,443 registered voters, is within 6,000 votes and the county could come close in the final three days of early voting.

The 2020 election has also brought in 2,092 mail-in ballots, according to Elections Administrator Tina Barrow.

Adding in military, out of country and limited ballots already received by Barrow's team, a total of 26,407 ballots had been cast.

Election Day is Tuesday, Nov. 3 and those who wait until that day must vote in one of the county's 34 voting precincts, according to their home address. 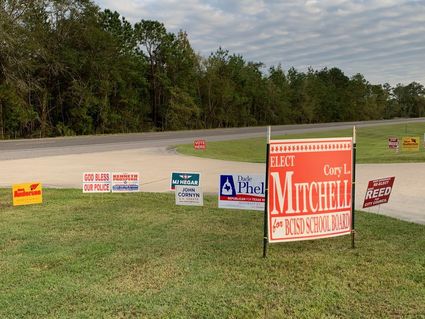 Besides the vote for President between Trump and Democrat Joe Biden and a pair of third-party candidates, voters will vote from among four candidates for U.S. Senator, with incumbent John Cornyn seeking a fourth term against Democrat Mary "M.J." Hegar, a former Army rescue helicopter pilot in Afghanistan.

U.S. Representative Brian Babin of Woodville is running for reelection as is State Rep. Dade Phelan.

Phelan, like all the countywide officials on the ballot in Orange County, is running as a Republican unopposed.

Six local city and school board races are on the Orange County ballots, based again on residence, plus two precinct races for the Drainage District board of directors.