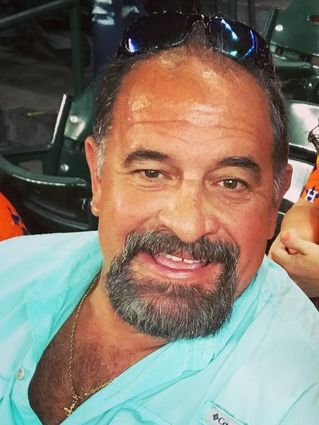 A Mass of Christian Burial will be 10:00 a.m., Thursday, October 29, 2020, at St. Henry Catholic Church in Bridge City. Officiating will be Father Ernie Carpio. Burial will follow at Hillcrest Memorial Gardens in Orange. Visitation will be held from 5:00 p.m. to 9:00 p.m., Wednesday, October 28, 2020, with a recitation of the Cursillo Rosary at 6:30 p.m., at Claybar Funeral Home in Orange. Born in Orange, Texas, on January 31, 1959, he was the son of Louis Bernard Lemoine and Mildred (Gauthier) Lemoine. He grew up in New Orleans, Louisiana and graduated from Brother Martin High School. Jody worked as a project manager at ExxonMobil and was employed by RDS. He was a faithful and active member of St. Henry Catholic Church. Jody was also a member of the Knights of Columbus and served as a leader on the ACTS team. He was a kind and giving man. Jody never met a stranger and he was known for helping others and his willingness to give the shirt off his back. He gave back to the community whenever he had the chance, and recently enjoyed helping to feed first responders after storms. He loved hunting, fishing, being at the beach, dancing, eating good food, LSU football, and working with his hands. Jody could often be found building something, working in his flower beds, or enjoying a cold beer and a cigar. He always passed a good time when he was cutting up with his family and friends. It was a joy to watch him be a Paw Paw to his grandchildren and he did it with a constant smile on his face. Jody was a proud father, caring brother, loving grandfather, incredible uncle, and loyal friend. He will be missed by all who had the pleasure of knowing and loving him.

He was preceded in death by his parents, Louis and Mildred Lemoine; his wife, Wendie Lemoine; his grandparents, O’Niell and Frances Gauthier; and his mother-in-law, Billye Minter.