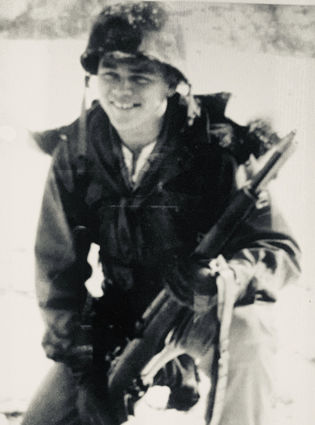 A graveside burial for immediate family will be held October 31, 2020, at St. Mary’s Cemetery. Officiating will be Fr. Sinclair Oubre, Pastor of St. Francis of Assisi. Born in Lake Charles, Louisiana, on February 15, 1935, he was the son of T.L. Gunn, Jr. and Mary Sue Gunn. It’s been said “Once a Marine, Always a Marine” and if you knew Tommy, there could be no truer words! He joined the Marines at the young age of 17, insisting his father T.L. sign a permission form for him to enlist. He served his country during the Korean War and was promoted to the rank of Sergeant. On October 2, 1955 Tommy married the love of his life, Joan Dorothy Mortimer. The couple celebrated 65 years of marriage this month. Together they had four children. Tommy was employed by DuPont Sabine River Works for almost 40 years. After his retirement, new adventure began for him. He worked in Africa for a refinery start-up, became an Air Boat Tour Guide and later worked 10 years as a security guard for The W. H. Stark House in Orange. He was an avid hunter and loved every minute he could spend in the outdoors. He enjoyed time at the beach and the sounds of the waves. Tommy loved his family, friends and his Marine brothers and will be missed by all who knew and loved him. Tommy was preceded in death by his parents; T.L. Gunn, Jr. and Mary Sue Gunn, his sister, Sharon Rose Gunn, and brother, Buzzie Gunn. He is survived by his loving wife, Joan, his children; Debbie Moreau (Dal) of Orange, Connie Gray (Mike) of Nederland, Tommy Gunn IV (Tamie) of Orange, and Mike Gunn of Orange. He was “Pappy” to his grandchildren; Kelli Simon (Bryan), Joshua Gray (Kendra), Ryan Moreau (Brianne), Jeremy Gray (Evan), Laura Norsworthy (Justin), BreAnna Bornette (Colton) and to his sixteen great grandchildren and three great, great grandchildren. The family asks in lieu of flowers and donations, a random act of kindness be shown to someone in honor of Tommy. One of his greatest joys was found in giving to others. “If the Army and the Navy ever look on Heaven's scenes, they will find the streets are guarded by United States Marines.” Semper Fi, Pappy, Semper Fi!