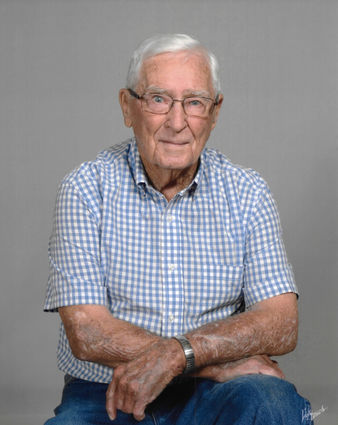 Carl Bryan Aguillard, 87, of Orange, passed away on October 28, 2020, in Orange. Funeral services will be 2:00 p.m., Tuesday, November 3, 2020, at Claybar Funeral Home in Orange. Officiating will be Brother Keith Myers of Old First Orange Baptist Church. Burial will follow at Hillcrest Memorial Gardens. Visitation will be from 5:00 p.m. to 8:00 p.m., Monday, November 2, 2020, at Claybar Funeral Home in Orange. Born in Basille, Louisiana, on May 3, 1933, he was the son of Thomas E. Aguillard and Agnes (Fontenot) Aguillard. Carl was married to the love of his life Jeanette, for a wonderful 62 years. He bravely served in the Air Force during the Korean War. Carl was a dedicated family man and enjoyed being "Paw Paw" to his grandchildren and great-grandchildren. He thoroughly enjoyed his retirement, spending his leisurely time woodworking, fishing, hunting, and tending to his flower and vegetable gardens. He enjoyed restoring old cars, going to garage sales, antiquing, and spending time at his lake house on Sam Rayburn and his deer lease in West Texas. Carl's favorite team was the Dallas Cowboys, often watching them and cheering them on. He touched the lives of everyone he met and left a lasting impression for generations to come. Carl will be deeply missed by all those who loved him. He was preceded in death by his parents, Thomas and Agnes Aguillard; loving wife of 62 years, Jeanette Aguillard; and grandson, Blake Powers. He is survived by his daughters, Debbie White and Paula Aguillard, both of Orange; grandchildren, Paul Powers, Heather Powers-Cotto, Angie Baggett and husband Jonathan; and great grandchildren, Victoria, Zachary, Arian, and Brynlee; along with numerous friends and extended family. Serving as pallbearers will be Charles Graves, Douglas Graves, Danny Doga, Paul Powers, Jonathan Baggett, Dana Aguillard, Edgard Aguillard, and Dean Martin. Honorary pallbearer is Zachary Baggett.