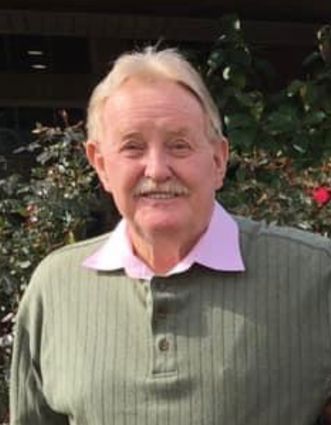 Ronald Lane Dunbar, 74, of Orange, peacefully passed away on November 9, 2020, at his home. Funeral services will be 10:00 a.m., Friday, November 13, 2020, at Claybar Funeral Home in Orange. Officiating will be Pastor Scott Hawk of Praise Church of Beaumont. Burial will follow at Hillcrest Memorial Gardens in Orange. Visitation will be from 5:00 p.m. to 8:00 p.m., Thursday, November 12, 2020, at Claybar Funeral Home in Orange.Born in Rotan, Texas, on September 25, 1946, he was the son of Lane Dunbar and Hazel (Rushing) Dunbar. Ronald served bravely in the United States Marine Corps. In 1966 he married the love of his life, Peggy, and they spent a joyful 46 years together. He enjoyed golfing, working on crossword puzzles, playing Jumble and was an excellent baseball player. Ronald coached Little League and Pony League Baseball for a number of years as he continued to implement his passion for the sport. He was a DJ for the Circle Club in Vinton. Ronald was employed as an Insulator for Texaco where he retired and went on to work at the Post Office in Beaumont where he later retired from as well. Above all of his many joys in life, his family was the most important to him. He held them near and dear to his heart and made sure they knew they were loved and taken care of. Ronald will be deeply missed by all those who came to know and love him. He was preceded in death by his loving wife, Peggy Dunbar; sisters, Delane Navarre, Carolyn Dupuis and Sally Trahan; and brothers, Dale Dunbar and Kelly Dunbar. He is survived by his children, James Curtis Dunbar of Little Cypress, and Karen McGill and husband Steve of Orange; grandchildren, Ashlyn Bergeron, Trevor Dunbar, Mason McGill, Karley McGill, and Lulu "Alexis" McGill; siblings, Joe Dunbar of Bridge City, Vickie Foreman and husband Tom of West Orange, and Thomas Dunbar of Bridge City; nieces, Heather "Juangeez" Foot, Sharon Crumpler and husband Shane; great nieces and nephews, Kurt, Anabelle, Ryatt, and Jada; and longtime friend Edith Kneyber; along with many other nieces and nephews and extended family. Serving as pallbearers will be Jason Foreman, Cory Schull, Mason Gill, Edward Oliver, Chris Darby, and Sean Scott. Honorary pallbearers are Kurt Foote, Wayne Gordon, Wilbert Duhon, and Jimmy Matthews.