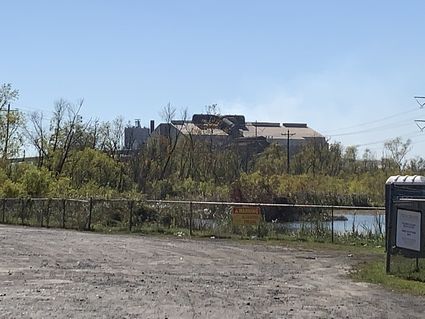 Orange County is casting its net after another big industrial expansion.

Commissioners Court members voted 4-0 last week to create a 490-acre reinvestment zone near the east bank of the Neches River and Rose City and then posted notice they will consider an abatement agreement with Optimus Steel during their Dec. 22 meeting.

Optimus, which bought the old Cargill Steel mill from Brazil's Gerdau SA in 2018, is planning a $40 million investment in an expansion to accommodate a new steel wire product line, according to a court filing.

Terms of the abatement will not be revealed until the Dec. 22 meeting.

The reinvestment zone, which is required by the state before an abatement may be granted, runs parallel from the Kansas City Southern railroad track to its north, then east to Flamingo Street and south to the Neches River.

In addition to the 30-days-plus advance posting of the discussion on that abatement agreement, commissioners will hold a public hearing to discuss its abatement policy at 1 p.m. next Tuesday, Nov. 24. No specific projects will be discussed, the notice said, but the guidelines and criteria for the policy have to be reviewed and changed or reaffirmed every two years.

At this meeting two years ago, it was agreed by all that Orange County needed to write into the policy requirements that hold abatement recipients more accountable for doing local hiring. Then when the motion came up before commissioners to vote on at their meeting later, no changes were made.

It was during this period, that then-County Judge Dean Crooks voiced his objection to abatement policies that he said harmed the county. With a possible $6 billion investment by Chevron Phillips Chemical being mentioned, speaker after speaker told Crooks they disagreed with him.

In early March, 2019, Crooks posted a long treatise on social media which most saw as a threat to investment by Chevron Phillips Chemical. Within days, on March 13, 2019, Crooks resigned as county judge. He maintained he wasn't against abatement, but just wanted to make deals that benefited both sides.

In February of this year – before most people had heard of the coronavirus – County Commissioners, operating under their third county judge in a year, John Gothia, voted to sign an abatement agreement with Chevron Phillips Chemical that offered a 10-year, 100-percent abatement of taxes.

Chevron Phillips Chemical hasn't announced a decision on if it will locate its new two-train ethylene plant in Orange County, or anywhere. The world's economy has been on a roller-coaster since the spring and no investment decision has been made by CPC.

Optimus Steel, a company formed in 2018 and affiliated with Jacksonville, Florida-based Wire Mesh Corp, purchased the Gerdau facility at about the same time. 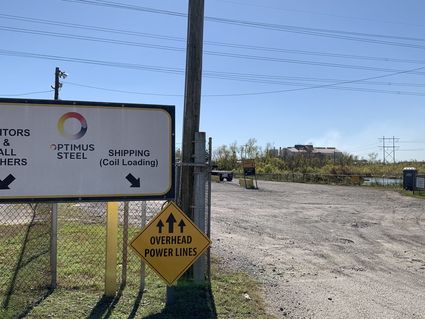 It paid $92.5 million for the plant and two downstream operations, one in Beaumont, according to American Metal Market, an industry news agency.

Previously, the plant was owned by Cargill Steel and purchased by Gerdau in 2004.

The expansion of the existing manufacturing space would be to accommodate a new steel wire product line, said the posting by Hill.

The steel mill is located on property adjacent to Jefferson Terminals on the Orange County side of the Port of Beaumont. Coincidentally, that company has been the recipient of two 10-year, 100-percent abatement deals with Orange County.

Both sides – Jefferson Terminals and Orange County and its EDC – have been pleased with the results of those abatements.