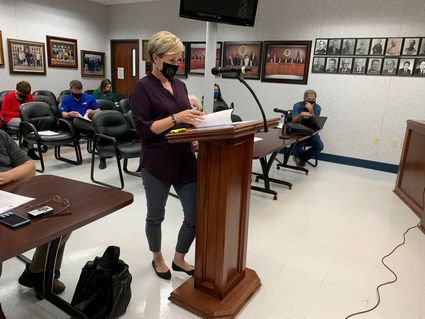 Under the policy, a company that is granted a tax abatement by the county for a new or expanded operation is expected to hire more local laborers and give preference and priority to local manufacturers, suppliers vendors and contractors â€“ except where itâ€™s not reasonably possible.

â€śThis gives our local suppliers and vendors a better opportunity to compete for the work,â€ť said Jessica Hill, director of the Orange County Economic Development Corporation.

Under the terms in the policy, a requirement for those receiving new abatements would be to hire 50 percent of its labor force during construction from a seven-county area extending to Chambers County to the west and to the Tyler, Jasper and Newton county lines to the north.

â€śLocalâ€ť means local when it comes to vendors, suppliers and subcontractors. Only those with a principal office in Orange County need apply.

Further, in any such purchasing exception involving purchases totaling $250,000 or more as a single buy or a total spend, justification for not buying local will be required.

Abated companies are required to post quarterly reports of their spending during the construction phase and annual reports after that.

They are also required to provide bidding information to local businesses and labor to allow them to have sufficient information and time to submit their bids.

And the policy also puts a premium on abatement seekers to encourage and promote using Historically Underutilized Businesses, 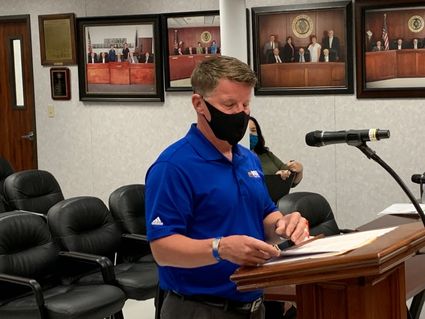 David Jones, owner of Gopher Industries, a hotshot supplier of industrial needs to local plants, was the only speaker from the public at a public hearing held before commissioners unanimously approved the new policy.

Jones asked for more teeth in the agreement to spend locally. And he wanted a commitment from the abated companies to give back to their community.

Some of what he asked about was incorporated in the final policy. Commissioners agreed they would consider including items such as community involvement in the individual abatement agreements.

â€śWe want to take care of Orange County, but we also donâ€™t want to take ourselves out of a competitive position,â€ť County Judge John Gothia said. â€śThis is a huge difference from what we had before.â€ť