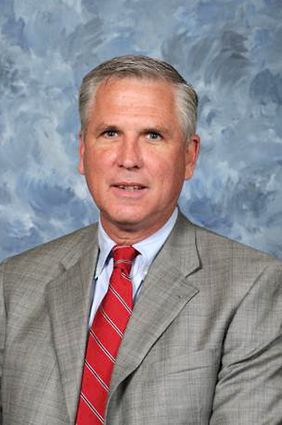 Through 2013, Philip Welch spent almost three decades helping students and guiding the Orangefield school district, moving up from math teacher to principal and finally, five years each as assistant superintendent and superintendent.

After nearly three decades for the Orangefield school district and nearly another decade working as troubleshooter for other school systems, Philip Welch has picked up work back in Orange County.

"It's great to kind of help the community anyway I can," he said, "especially since I still live in Orange County."

His newest job since begins next month when he is sworn in as a member of the Orange County Appraisal District Board of Directors.

The board is looking for another new member after the sudden death of Bridge City's Tim Schossow in November. He served as board president for 2020.

Welch acknowledged that being on the OCAD board is different than his other jobs.

The board only meets once every two months and there is no pay.

"I have some knowledge of the Appraisal District because of working with them in school district finance," Welch said.

"But as far as what the members of the board do, I'll wait for training there. Once I've finished board member training, then I'll have a list of questions to get up to speed with operations."

Welch, who is in his seventh year working part-time as Kountze ISD's finance director, knows enough about the people who work for the Appraisal District in any capacity to know they have a thankless job.

The county, city and school governing bodies that set their entities' tax rates get the first salvos from taxpayers when their bill is higher most every year.

In many cases, the rate setters point out they lowered or kept the same rates as previous years, pointing out correctly that it's the rise in appraised values that plays the biggest role in taxes going up.

Each county's appraisal district is next to feel the taxpayers' heat.

In fact, the five-man board of directors Welch is joining has no authority regarding setting values or appraisal methods.

The board's main function is to hire the chief appraiser, set the budget and appoint the members of the appraisal review board.

The chief appraiser and his team of property appraisers survey homes, neighborhoods and businesses in person and via aerial and satellite photos.

The appraised values of homes in each neighborhood are determined based on recent sales prices of similar homes in the neighborhood, the appraisers say.

Property owners receive notice of their values in May and those who disagree with their appraisals can file a protest, which will be heard in June or July by the appraisal review board. They should bring in supporting documents.

Members of the OCAD Board of Directors are selected through nominations and voting by the 19 taxing entities who share in the cost of operating the OCAD, with their annual "dues" and votes weighted based on what share of the county's tax base they collect.

Five directors are chosen to the board. Welch is filling a slot held by James "Jim" Brown, who recently resigned because of health reasons.

Welch's swearing-in will leave the board still leave Schossow's seat to be filled. His place on the board will be filled early in 2021, according to Scott Overton, OCAD's chief appraiser.