Santa gets his feathers ruffled 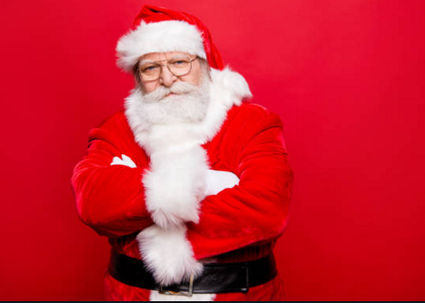 While waiting in line to see if I was old enough to qualify for my vaccine shot, this burly dude with a white beard and straggly white hair comes barging in a shoved his way ahead of me in the line.

“I’m in a big hurry and besides I’m older than you, so I belong ahead of you,” he retorted.

“Just because you look older doesn’t mean you are,” I told him as I was starting to lose my patience. “Now get your butt at the end of the line like the other people waiting for this shot.”

He whirled around and in a miffed voice said, “You don’t know who you’re talking to in that tone of voice.”

As he walked past me in a huff, he dropped a neatly scrolled document with a map on it which had names and gifts listed as follows:

TEXAS AGGIES FOOTBALL PROGRAM—The Green Wienie Award for being purposely overlooked for the Final Four while Notre Dame, who got blown out by Clemson Saturday, is the No. 4 team that will get killed in the semifinal round by No. 1 Alabama. The other semifinal game pits Clemson against over-rated Ohio State.

NEW YORK JETS—The “Oh-Oh” Award for messing up and defeating the Los Angeles Rams 23-20 Sunday and threatening their sure bid for the No. 1 pick in the 2021 NFL draft next spring as the Jacksonville Jaguars have the same sorry 1-13 record.

SUNSET GROVE GOLFER KENNY RUANE—The Iron Man Award for having to deal with his daily medical problems and then managing to play golf four or five times each week.

FORMER HOUSTON TEXANS HEAD COACH BILL O’BRIEN—The Penthouse to the Outhouse Award for getting rid of Hall of Fame caliber players like wide receiver D’Andre Hopkins because he didn’t like his locker room demeanor and wonders why he got fired after starting this season 0-4.

VIRTUAL BRIDGE TOURNAMENT PARTNER SUSAN PENNINGTON—A Giant Hourglass to count down the time when we can once again play bridge eyeball-to-eyeball instead of computer-to-computer.

SEATTLE SEAHAWKS HEAD COACH PETE CARROLL—A Defense like he had with the Legion of Boom so quarterback Russell Wilson won’t have to continue struggling to outscore every opponent.

HOUSTON TEXANS QUARTERBACK DESHAUN WATSON—A Letter of Commendation from the Better Business Bureau for becoming a minority owner of Lefty’s Cheesesteaks with Detroit founder Sam Perry. His new restaurant will be a short distance from NRG Stadium.

DALLAS COWBOYS BACKUP QUARTERBACK ANDY DALTON—The Sweet Revenge Award for being presented with the game ball after beating the Cincinnati Bengals last week after they unceremoniously dumped him after signing their No. 1 draft pick. And look where they now are!!!

ALABAMA RUNNING BACK NAJEE HARRIS—A Shoulder Harness to make carrying his Crimson Tide team on his shoulders a bit easier after scoring five touchdowns Saturday in his team’s 52-46 victory over the Florida Gators in the SEC championship game.

INDIANAPOLIS COLTS QUARTERBACK PHILIP RIVERS—The Methuselah Trophy for being 39 years old and on Sunday started in his 238th straight NFL game. And he is still talented enough to exploit the Houston Texans’ defense, leading his team to a 27-20 win to stay in a first-place tie with Tennessee in the AFC South Division.

TEXAS HIGH SCHOOL STATE FOOTBALL CHAMPIONS IN CLASS 4A—A Box of Ivory Snow to signify the squeaky-clean records of Division I champ Argyle (16-0), which won its second state title, and Carthage (14-0), which won its eighth title in 13 years under Head Coach Scott Surratt.

TAMPA BAY TIGHT END ROB GRANKOWSKI—The Right Choice Award for accepting the invitation from long-time buddy Tom Brady to un-retire and play this season for the Buccaneers. His performance as a receiver and solid blocker should help Tampa Bay get into the NFL playoffs for the first time in 13 years.

SUNSET GROVE GOLFER CRAIG COUVILLION—A Name Tag so if and when people actually see him, they’ll remember who he is because he is working all the time.

NEW ENGLAND PATRIOTS HEAD COACH BILL BELICHICK—A Grocery Sack to put over his head for failing to make the NFL playoffs for the first time since 2008.

ORANGE AND BEAUMONT BRIDGE DIRECTOR ED RASMUSSEN—A Candle to signify that the directors of the daily virtual tournaments can’t hold a candle to the smooth (and fair) way he does his job.

NOTRE DAME’S BRIAN KELLY AND CLEMSON’S DABO SWINNEY—A Formal Complaint to the NCAA for scheduling a College Football Semifinal playoff game at the huge Rose Bowl on New Year’s Day but prohibiting families of the players from attending the game.

INDIANAPOLIS COLTS—The Best Friend Award in the form of a statue of the Houston Texans bull mascot after the team has literally handed them two wins by committing fumbles on the goal line twice and not only losing the ball, but losing the football games as well.

DALLAS COWBOYS –The Weird Streak-Breaking Award because the team had not gotten a kickoff returned for a touchdown since 2008. Then on Sunday, rookie Cee Dee Lamb caught a San Francisco 49er onside kick and raced 41 yards for a touchdown that secured the 41-33 victory and kept the Cowboys’ slim hope for a playoff berth still alive.

HOUSTON TEXANS—A Precarious Situation because the team is searching for the best new general manager and head coach available, while the top available talent has a tendency to shy away from a team that is dead last in rushing and has a big problem defending against the pass—especially the long throws.

And a VERY MERRY CHRISTMAS to my e-mail readers Dick and Gail Kazmar, Bobbie, Dick and Joe Wechter, Don and Linda Bivens, Karen and Brian Smith, Lt. Logan Smith, Earl Thomas, Brock and Glenna Bult, R.C. Slocum, Paul Groncki, Jim Rodda, Joey Robins, Bobbie Earle, Wayne and Kaye Morris and for anyone I may have missed, especially you, my loyal readers who have been with Kaz’s Korner since its inception Sept. 12, 1966.