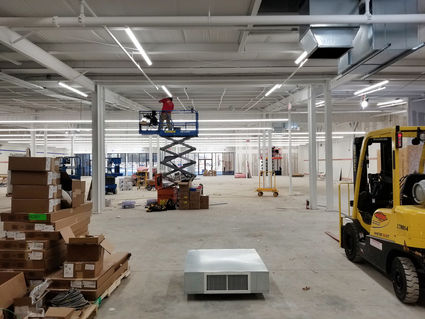 Harbor Freight Tools is expected to open its new location near the Orange Walmart in the first quarter of 2021. Electrical contractors working this week inside the newly enlarged space near Burke's Outlet.

West Orange Mayor Roy McDonald says that while a big box store already exists to sell lumber or housewares, Harbor Freight Tools will be the place to buy the tools once it opens in early 2021.

"We're looking forward to that," he said.

The California-based, family-owned company already has stores in Port Arthur, Beaumont and Lake Charles but its new location at 3109 Edgar Brown Drive (Texas 87), between Wendy's and Walmart, will be its first in Orange County.

It is expected to open by late February or early March, Craig Hoffman, Harbor Freight's Director of Communication, said.

"We sell more than 7,000 quality tools at low prices," he said. "We've been around for 43 years and the secret to our success is we deal directly with manufacturers, not wholesalers, and pass the savings on to our customers."

The new store is using local contractors and workers in its new construction and expects to create between 25 and 30 new jobs.

McDonald said the new business will fit well in a retail sector that has welcomed new chain stores, such as KFC on MacArthur Drive, the Chevron gas and convenience store at Foreman Road and FM 105 and the Dollar General on Western Avenue, near City Hall.

The mayor noted that multi-billion and multi-million investments in West Orange remained possible in the Chevron Phillips Chemical ethylene plant and the adjoining railcar business for which the county had created reinvestment zones and offered tax abatements.

"All that was just about to happen when Covid came and everything went on hold," McDonald said. "A big new construction like that is hard with Covid coming and all the suppliers and labor closing down and everything." 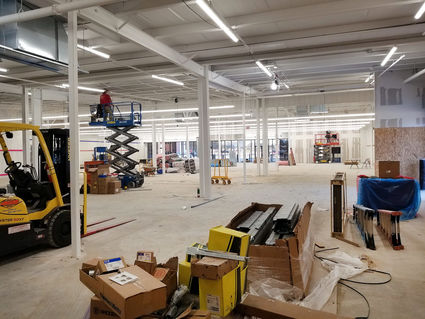 Work on the Harbor Freight location near Walmart continues. The company has more than 1,100 stores and has been opening two new stores per week. West Orange will be its 97th location in the state of Texas.

"We're not as big as big box stores," Hoffman, the communications director, said. "Most of our stores are about 15,000 square feet. You don't have to go through six stores to get to us.

"We hire local, use local contractors and suppliers to build. We're proud to contribute the the local economy."

"We work with high schools, and school foundations. We're not just a business, we're a community member," he said.