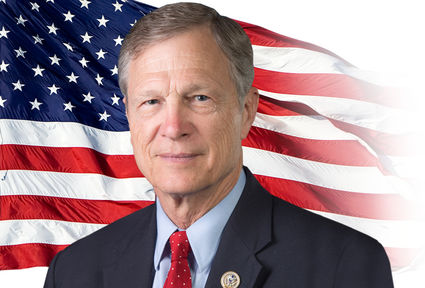 Brian Babin, Orange County's voice in the U.S. House of Representatives, said those who don't join him Wednesday in objecting to the Electoral College vote count will live to regret it.

Babin was an early adopter of a "Hail Mary" plan to make a formal objection to the Electoral College results when they are presented to a joint session of Congress Wednesday.

"This is a pivotal moment," Babin posted on his Twitter account Saturday, Jan. 2. "It's time to stand up and be counted. Those who aren't with us are against us.

"History will be unforgiving."

Beaumont's U.S. Rep., Randy Weber, and a number of other Republicans in the House are planning to join the call to object to the electoral votes of key battleground states in a long-shot effort to overturn the Nov. 3 election of President-elect Joe Biden.

In order for an objection to be considered, it must be endorsed by at least one senator and one representative. Texas' Ted Cruz is among the Senators who came forward to publicly support Missouri's Josh Hawley in objecting to Pennsylvania's results.

The President and his allies claim Biden won through widespread voter fraud and want a 10-day audit conducted to review voter fraud allegations.

But more than 50 lawsuits alleging fraud have been dismissed by state and federal courts, some by judges appointed by Trump.

William Barr, Trump's Attorney General until he resigned in December, declared there was no evidence of fraud that could change the November election outcome.

Sen. Mitch McConnell (R-Kentucky), the Senate Majority Leader, urged his fellow Republicans not to sign on to Jan. 6 objections, pointing out it was doomed to failure.

With a majority vote required in each house to pass the objection and the Democrats having the majority in the House, a recorded vote will serve only as a loyalty test to Trump, some say.

While many Republican lawmakers, including McConnell, say the unfounded claims of voter fraud will only serve to upset the pillars of U.S. democracy, more than 74 million certified voters for Trump in November cannot be overlooked by politicians intent on being reelected -- or running for President in 2024.

The President, whether he exits or not Jan. 20, has hundreds of millions of dollars in his PAC funds, courtesy of donors who wrote checks big or small to bankroll his election investigations and lawsuits.

But former Presidential candidate Mitt Romney, now a U.S. Senator for Utah, is a Republican who described the effort of Trump loyalists "as nonsense."

"Members of Congress who would substitute their own partisan judgment for that of the courts do not enhance public trust, they imperil it," Romney said.

A Trump Tweet has called out the President's supporters for Wednesday.

"Big protest in D.C. on January 6th. Be there, it will be wild!" Trump tweeted.

Washington police have called out more than 300 National Guardsmen as backup for a demonstration predicted to draw a turnout as large as 15,000.

Babin, 72, was born in Port Arthur and grew up in Beaumont, graduating from Lamar University. He is a dentist and former Woodville mayor who worked as Tyler County chairman for Ronald Reagan's Presidential election in 1980. Elected to Congress on his third try in 2014 as an advocate of term limits, Babin easily won his fourth two-year term in November.

In 2015, he endorsed Cruz for the 2016 Presidential race, but shifted his support to eventual Republican nominee Trump and has been a vocal supporter of the President.

He reported on his Twitter Saturday that he "had a call with @realDonaldTrump and TONS of Jan. 6 election objectors. Talked strategy – VERY encouraged!"

"I'm not a lawyer. I'm a dentist. And we try to get to the root of the problem," Babin told an interviewer on Newsmax TV last week.

"I'm fighting very, very hard to stop the steal for every freedom-loving American in this country, and I'm very proud to stand up and object to the Electoral College vote submissions on the House floor Jan. 6 on behalf of every American who believes in a free and transparent election process.

"If we don't stand for election integrity now, we may never see an honest election again."